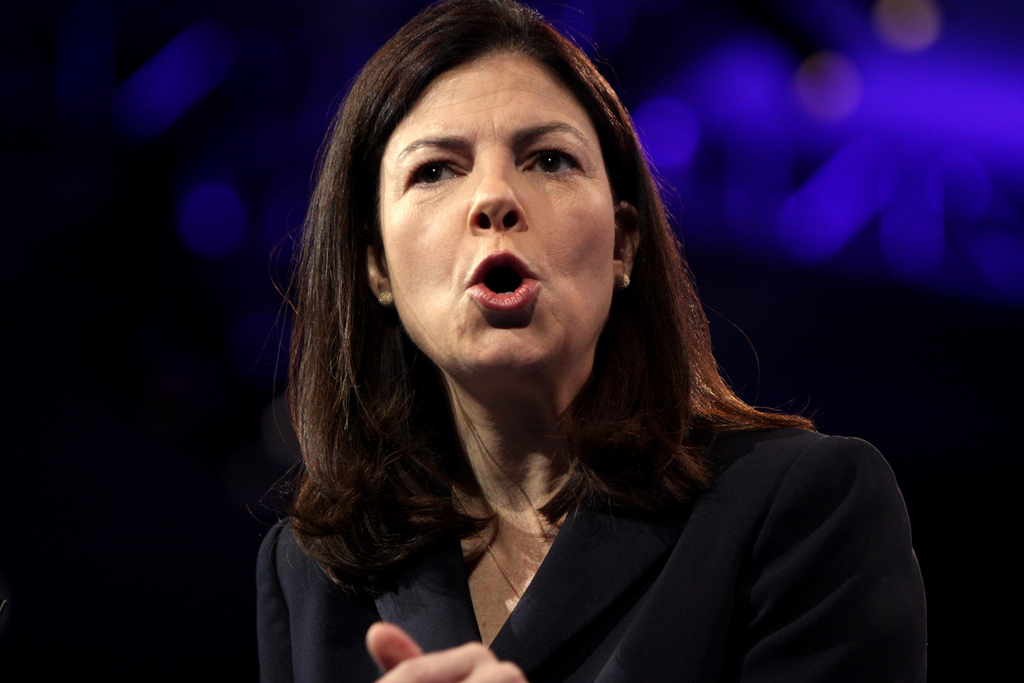 Since Sen. Joseph Lieberman (I-CT) retired from the Senate in in 2013, Sen. Kelly Ayotte (R-NH) has risen to prominence as the newest member of the so-called “three amigos.” Alongside Sens. John McCain (R-AZ) and Lindsey Graham (R-SC), Ayotte is one of the most hawkish and outspoken voices in the Senate, attacking the Obama administration’s foreign policy on issues ranging from the Benghazi attack and the ongoing crisis in Syria to the agreement reached between the P5+1 and Iran to limit the Islamic Republic’s nuclear program. And her efforts have caught the interest of deep-pocketed, pro-Israel out-of-state donors seeking to keep her in the Senate.

Ayotte is up for reelection in 2016. Following the announcement on Monday that Democratic New Hampshire Governor Maggie Hassan will challenge Ayotte for her seat, New Hampshire is emerging as the site of a highly competitive race with critical implications in determining Republican or Democratic control of the Senate.

But Ayotte’s role as one of the more hawkish members of the Senate—she has described the Iran deal as “an historic capitulation” and accused the White House of favoring Iran over Israel while New Hampshire’s other senator, Democrat Jean Shaheen, endorsed the deal—may make the New Hampshire Senate race one of the key electoral battlegrounds over the White House’s nuclear diplomacy. Indeed, Hassan wasted little time in introducing the Iran nuclear agreement as an important issue in her campaign. In a radio interview following the announcement of her entry into the Senate race, Hassan said that while the deal was an “imperfect agreement,” it is “the best available option to prevent Iran having a nuclear weapon.”

Hassan is betting that New Hampshire voters by and large support the nuclear agreement. Ayotte’s opposition to the deal has coincided with an infusion of out-of-state money.

New York-based hedge-fund billionaire Paul Singer appears to be taking the lead in bankrolling Ayotte’s reelection efforts. Singer contributed $500,000 to Ending Spending Action Fund (ESA), a Super PAC with only $550,000 raised in the 2016 cycle, making Singer its biggest donor in the cycle. In April, ESA spent $499,804 to support Ayotte. That money is probably what paid for an ESA commercial that began airing in New Hampshire last month. The commercial touts Ayotte’s national security credentials, emphasizing her “strong terrorist detention policies” and her efforts to “confront [the] growing threat of ISIS.”

So, what does this have to do with the interests of her constituents in New Hampshire, a state with a strategically defendable 18-mile coastline (the shortest coastline of any U.S. coastal state) and a relatively peaceful 58-mile border with Canada?

It certainly fits with the policy priorities of the ad’s apparent funder. Singer funds some of Washington’s biggest critics of the Iran nuclear agreement, including organizations such as the neoconservative American Enterprise Institute, the Foundation for Defense of Democracies, AIPAC, and The Israel Project.

Singer, who serves on the board of the Republican Jewish Coalition alongside fellow billionaire Sheldon Adelson, also helped bankroll the campaigns of Ayotte’s fellow senators Mark Kirk (R-IL) and Tom Cotton (R-AR) who famously promised that military strikes to destroy Iran’s nuclear facilities would only require “several days” of bombing.

And those figures don’t fully take into account the money raised at multiple Manhattan fundraisers hosted by Singer for Ayotte’s benefit.

Heading into the election cycle, Ayotte has $5 million cash in hand, and the race is expected to cost tens of millions of dollars. In Ayotte’s case, it looks like out-of-state, pro-Israel and anti-Iran deal donors are prepared to spend considerable sums to keep one of the Senate’s leading hawks in place.