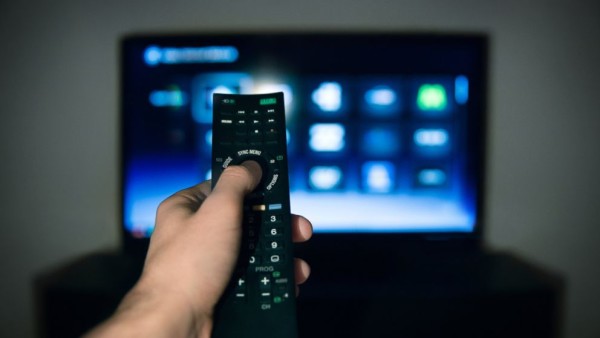 The Tyndall Report has just put out a summary of network news coverage for 2014. Next week it promises more detailed data and analysis, which I will use to update this post, time permitting. The summary shows a significant rise from 2013 in coverage of foreign news, as well as continued attention to extreme  weather events (though I suspect that, as in past years, the networks made very little effort was made by the networks to link these abnormal occurrences to climate change and global warming.

As I’ve written for IPS in the past, Andrew Tyndall, the Report’s publisher, has tracked the nearly 15,000 minutes of Monday-through-Friday evening news coverage that the three major U.S. television networks—ABC, NBC, and CBS—have produced each year since 1988. He publishes an annual one-page summary of the top 20 stories according to the total amount of time allotted to them by the networks, as well as some additional data and analysis. It is the most authoritative source on network news coverage publicly available.

Despite the steady growth in the number of Americans who say they get most of their national and international news from the Internet, the network evening news remains the single most important source of that information for most Americans. About two-thirds of the general public cite television as their main source of national and international news, according to the Pew Research Center; an average of about 21 million people in the United States watch at least one of the three evening news shows on any given weekday evening. Although the main cable news channels—CNN, Fox News, and MSNBC—often get more public attention, their combined audience is about four times smaller than the networks. In other words, the nightly evening news offers the closest thing we have to a collective national window on what is happening beyond our borders. Which is why it’s worth paying attention to an analysis of the view through that window.

In 2014, according to the latest summary, the top 20 stories together accounted for a total of 4,344 minutes—or roughly 30%—of the 14,682 minutes of total coverage by the three networks’ weeknightly newscasts over the year. One major difference in coverage in 2014 compared to 2013 was the surprising degree to which international news replaced by domestic news. For example, of the 20 top stories, 11 were foreign- or foreign policy-oriented in 2014; in 2013, the number was seven. And 1,976 minutes of coverage of the top 20 were reported from overseas last year compared to 1,671 minutes in 2013. And when you consider that 2014 was an election year in the U.S. with control of the Senate clearly at stake, the relative abundance of foreign coverage is particularly remarkable. As noted by Tyndall in his summary,

Politics was practically purged from the nightly news agenda in 2014. Never have midterm elections been treated with such disdain. And never have federal domestic policy debates made such little news.

The top five stories last year included winter weather (515 mins), the Ebola outbreak in West Africa (496 mins), Ukraine and Crimea (392 mins not counting the shoot-down of the Malaysian airliner, which added another 131 mins), the disappearance of another Malaysian airliner in the Indian Ocean (306 mins), and the Ferguson police shooting (284 mins).

Despite their absence from the top five, however, multiple conflicts in the Greater Middle East made a stunning comeback in 2014, accounting for a total of 864 mins or about 20% of the total coverage of the top 20 stories. The region was led by coverage of the war in Iraq (the 6th-ranked story at 272 minutes), the Israel-Palestinian conflict focused especially on the war in Gaza (7th-ranked at 234 mins), the declaration by ISIS of the Islamic State (9th-ranked at 208 mins), the Syrian civil war (11th at 150 mins), and the war in Afghanistan (12th at 144 mins). (Obviously, the Iraq, Syria, and ISIS coverage was interrelated, but Tyndall’s methodology coded them as separate stories to avoid double-counting.)

This marked a big change from 2013 when the Syrian civil war and the disposition of its chemical weapons arsenal (coded as two distinct stories) dominated Middle East news with a combined total of 519 mins. By contrast, the Israeli-Palestinian conflict, which Secretary of State Kerry was trying hard to mediate, received a negligible 16 minutes of coverage by the three network during all of 2013, which proves once again that “if it bleeds [as in Gaza], it leads” and that actual diplomacy is just too boring to broadcast. Iraq virtually disappeared from the TV screen altogether in 2013 and has now returned with a vengeance, so to speak.

More regions were also represented in the top 20 stories this year: Europe made it thanks to the Ukraine crisis, the Sochi Winter Olympics (the 8th-ranked story at 219 mins) and the shoot-down of the Malaysian airliner (12th-ranked story); Latin America squeezed into the top 20 as a result of the attention paid to the crisis over the flow of young migrants from Central America to the United States (19th-ranked story at 115 mins); and Asia, with the missing Malaysian airliner in the Indian Ocean (the third-ranked) and, at number 20, the Sony cyber-hacking at the end of the year (101 mins).

Of course, the images of these various regions created by this coverage are ones that their inhabitants probably wouldn’t recognize. And the view of the outside world offered by the networks was pretty scary, to say the least. It’s also not one that contributes very constructively to the kind of understanding needed in such a complex and increasingly multipolar world. Missed entirely from the top 20 were such countries not insignificant global players as China, Japan, South Korea, Indonesia, India, Iran, Turkey, Nigeria, South Africa, Egypt, Brazil, the European Union and its member states, to name a few. But enough sermonizing.

As in the last several years, weather featured prominently among the top 20 stories in 2014, collectively accounting for 917 minutes or slightly more than 20% of the total. But it was divided into discrete parts. As noted above, “winter weather” topped all stories, while wild fires in the western states ranked number 10 with 156 minutes between the three networks. Storms and mudslides along the Pacific Coast ranked 15 at 127 mins, while the tornado season came in at number 18 with 119 minutes, or just short of two hours. Of course, all of these events took place at different times of the year, so the chances that the anchors or reporters who covered these stories connected them to climate change are small, but hope never dies.

When Tyndall releases more data next week, I will try to provide more detail.