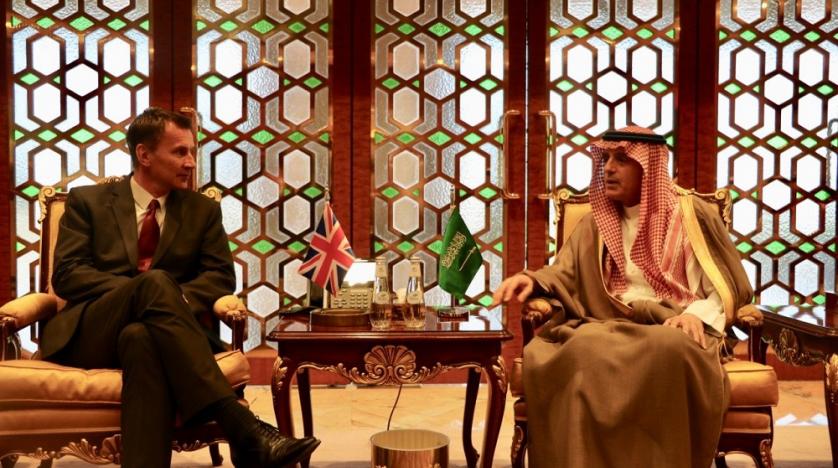 Not only are American and British weapons used on Yemeni civilian areas, Western military support and consent for the Saudi Arabia-led war on Yemen damages already fragile peace efforts between the Houthi rebels and the Saudi-backed and UN-recognized government of Abdrabbuh Mansur Hadi.

Both the U.S. and UK administrations’ almost unconditional support for the Saudi-led coalition sows further distrust among the Houthi rebels and worsens tensions between the warring parties.

Previously naming Yemen’s humanitarian crisis the “world’s worst,” the UN also recently announced that the death toll could exceed 230,000 by late 2019. The situation, also according to the UN, is close to being the “world’s worst famine in 100 years.”

Clearly there is an urgent need to end the conflict, which has destroyed an already poor country.

Yet President Donald Trump veto of Congress’ invoking of the War Powers Act to end U.S. military support to Saudi Arabia signifies that the White House cares more about Saudi trade ties and a few thousand American jobs over millions of Yemeni lives. Secretary of State Mike Pompeo also reiterated military support to Saudi Arabia as being “in America’s best interests,” in addition to blaming Iran for the war—despite Tehran’s rather limited role in supporting the Houthis.

The current U.S. administration, as these actions suggest, is not a serious, neutral peace partner for Yemen.

Meanwhile, UK Foreign Secretary Jeremy Hunt met with his Saudi and Emirati counterparts in London on April 27 for further peace talks. Although Hunt said that he opposed a military solution, he failed to address the coalition and Saudi-backed government’s role. Meanwhile, he has criticized the Houthis for their actions. When drafting past UN resolutions, the UK has focused mostly on condemning Iran’s alleged role in Yemen.

Though Hunt has been active in communicating with various regional parties, including Houthi rebels, his efforts will be fruitless without appropriately addressing the coalition’s actions.

The UN has suggested that Saudi Arabia is responsible for most civilian deaths, and human rights groups like Human Rights Watch, Amnesty International, and a UN panel of experts accuse the coalition of war crimes. Both Riyadh and the Abu Dhabi have shown that they are committed to a military solution against the Houthis. By ignoring this obvious fact, the United States and the UK show a clear bias in the conflict.

This bias causes further polarization in a conflict where peace efforts are already fragile. The Houthis, driven by anti-American feelings and distrust of the peace process, will be harder to negotiate with after Trump has signalled continued U.S. involvement in the war. Fighting has intensified, with further breaching of the Hodeida ceasefire and in other regions of Yemen.

The Houthis have threatened to fire rockets into Riyadh and Abu Dhabi. Although just threats, they show how tensions have worsened.

Past and present American involvement in the region has partly radicalized the Houthis. The faction adopted a largely anti-American stance in 2003 following the U.S.-led invasion of Iraq. One of their motives for fighting then-President Ali Abdullah Saleh in a series of six wars from 2004 to 2010 was his ties to the United States and Saudi Arabia, an even more U.S.-friendly state.

This continued Western policy of granting impunity to the Saudi-led coalition, while blaming the Houthis and Iran for the conflict, will only prolong tensions and make peace more distant. Simply dismissing the Houthis as an Iranian proxy shows a deep misunderstanding of the unsolved grievances of the Zaydi Shia faction and its motives for expansion. Such a misunderstanding makes negotiating a truce with them difficult.

Hopes for peace grew after a Senate vote in November 2018 to end U.S. military support to Saudi Arabia. Fearing that its main pillar of support could disappear after this news, the Saudi-backed Hadi government was pushed into peace talks. Meanwhile, the Senate vote likely raised the Houthis’ expectations of fair peace talks—which Trump’s veto has subsequently crushed.

If the United States and Britain at the very least were impartial, addressed Saudi and Emirati violations, or even scaled back their extensive military support to Saudi Arabia and the UAE, this could build trust between Yemen’s warring factions.

Yemen’s path for peace is not straightforward, and other dynamics need to be considered in what will likely be a long, drawn-out process. However, the United States and the UK should significantly reassess their support for Saudi Arabia’s coalition in order to genuinely help diminish tensions, as well as continued Yemeni suffering.