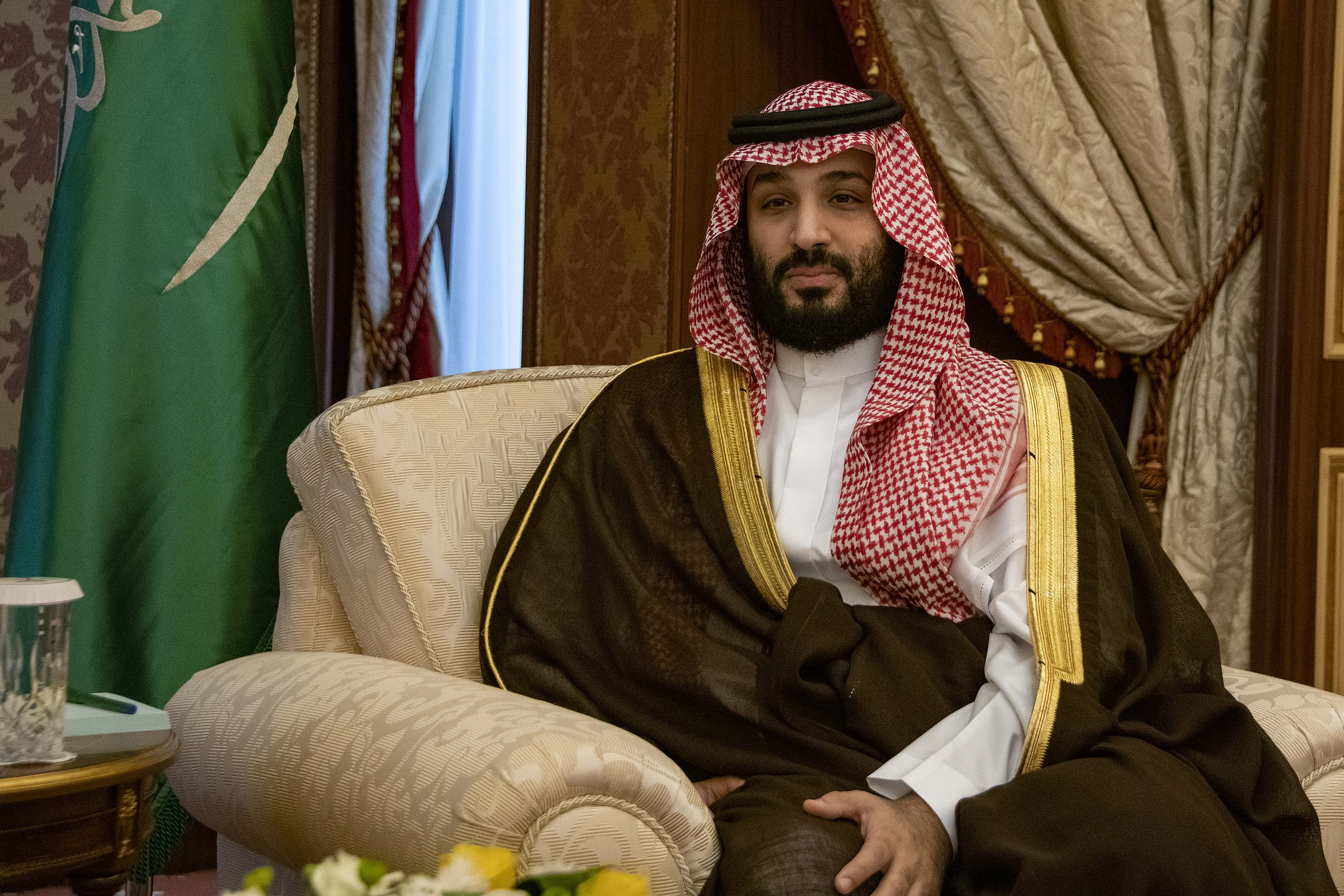 The United Arab Emirates’ recent decision to withdraw from the Yemen war has left Saudi Crown Prince and de facto ruler Mohammad bin Salman (MbS) the sole key driver of that disastrous conflict. MbS’s friend, Abu Dhabi Crown Prince and de facto UAE leader Mohammed bin Zayed (MbZ), has left him to pick up the pieces. In the aftermath of MbZ’s action, MbS’s star seems to be dimming and his influence on the international scene is waning.

Frequent attempts by the United States Congress to halt American arms sales to Saudi Arabia and to hold MbS accountable for the murder of journalist Jamal Khashoggi have severely tarnished the Saudi leader’s reputation and standing. Although Congress has not been able to overcome President Trump’s veto and actually impede those arms deals, symbolic congressional action has long-term negative implications for MbS. Traditional American bi-partisan support for Saudi Arabia, which goes back to President Franklin Delano Roosevelt, has been reduced, because of MbS’s hubris and repression, to a personal relationship between the the Saudi autocrat and the current U.S. president and his son-in-law.

The traditional bi-partisan support has all but faded, leaving the Saudi crown prince dependent on the goodwill and quid-pro-quo support of the Trump administration. MbS’s actions have, in effect, undermined long-term Saudi interests and whatever goodwill the kingdom used to have with the U.S. public. Once a new administration comes to Washington, demands to hold MbS accountable for his actions in Yemen and for Khashoggi’s gruesome murder will again resurface. The failure to override Trump’s veto aside, several senators have expressed negative views of the Saudi leader. The millions of dollars that MbS has spent in Washington to burnish his image have not served him well.

The failure of Jared Kushner’s Israel-Palestine “Deal of the Century” plan at a Bahrain workshop in late June was another blow to the MbS brand. Kushner and MbS had hoped they would be able to persuade Arab leaders to attend the Bahrain event and hail Kushner’s economic plan on Palestine. But the leaders of Jordan, Egypt, Kuwait, and several other countries refused to sign on to the initiative. They argued that the economic portion of an Israel-Palestine peace deal must go hand in hand with a political component along the path of a two-state solution. As I have written previously on this blog, the Bahrain event fizzled and was reduced to a photo-op that failed to gain traction. MbS must have been stung by his inability to deliver Arab support to his friends in the White House.

If Israeli Prime Minister Benjamin Netanyahu wins next month’s national election and is able to form a government, he will be expected to cater to the extreme Israeli right. Instead of a deal with the Palestinians along the lines of Kushner’s ill-fated economic formula, Israel’s ultra-right politics would be consumed by talk about annexation of the occupied territories and a population transfer of Palestinians out of Israel. Despite his camaraderie with Kushner, MbS’s Arab credentials will be sullied. It’s ironic that the three-decade old Arab Peace Initiative, which calls for full Arab recognition of Israel in return for terminating the Israeli occupation on the basis of UN Security Council Resolutions 242 and 338, was initiated by another Saudi crown prince, MbS’s uncle Abdullah, and continues to be supported by his own father, King Salman. His special relationship with Kushner will not help him salvage his self-perceived image as a seminal Arab leader and his covert relations with Israeli intelligence and political leaders will not help him deliver Palestinian support.

If MbS truly believes in improving the lives of Palestinians, why doesn’t he join Qatar in funding economic development in the West Bank and Gaza and prove to the Palestinians that he is committed to their wellbeing? He could also initiate serious talks with the Israelis and Palestinians about the future of the two peoples “between the River and the Sea.” Otherwise, history will view him, like many other Arab leaders before him, as having fought the Palestinian cause to the last Palestinian.

The potential for restarting talks with Iran—through diplomatic efforts involving Oman and possibly the UAE—is another blow to MbS’s regional ambitions and hubris. The recent statement by U.S. Secretary of State Mike Pompeo that US forces will begin withdrawing from Afghanistan before next year’s elections could be a message to MbS about Iran. Although it’s easy to disagree with Trump on many foreign policy issues, one gets the impression from Pompeo’s announcement that Trump is not gung-ho about another war in the Middle East or a military confrontation with Iran. Tough talk toward Iran doesn’t mean that war is imminent.

The Wall Street Journal reported this week that an Emirati delegation went to Iran to discuss maritime security in that part of the Persian Gulf. The UAE, especially Dubai, is keen on keeping commercial shipping routes secure and on convincing international trade partners that it is safe to conduct commerce with the Arab states of the Persian Gulf.

Of course, peacefully resolving regional political tensions with Iran is the best guarantee for safe commerce in the Persian Gulf. Dubai, the most commercially driven emirate within the UAE, has traded with Iran for decades. Dubai also has a significant Shia minority and a relatively large number of successful businessmen of Iranian origins. It also has a history of prioritizing business above all. During the heyday of the Arab boycott of Israel, when blacklisted items like Coca-Cola and Ford cars could not be traded in the Arab world because of the boycott, one could always find them at the Dubai port. Mohammed bin Zayed’s animus toward Iran notwithstanding, in the modern history of Dubai commerce always trumps politics.

If the Wall Street Journal report is accurate, perhaps this is the message that the UAE delegation is taking to Tehran. Keeping the complexity and interconnectivity of regional issues in mind, it’s possible to imagine that the UAE peace delegation would expand its maritime security agenda to include Yemen, the nuclear deal, sanctions, and other thorny issues. Such talks could become more comprehensive if Oman and Kuwait join them. If the talks result in some sort of quiet rapprochement between Tehran and Washington, they could be the prelude to a new deal in which nuclear discussions would be a major component. If the Trump administration supports de-escalation and continues to give sanction waivers to major Iranian trade partners, it should become clear to MbS that Trump is not seeking a war with Iran.

If Washington and Tehran begin a serious conversation about the nuclear deal and the sanctions, then MbS’s regional wars and hostile machinations toward Iran and Shia Islam would have failed. His isolation would continue, and history would judge him as yet another failing corrupt, repressive Arab autocrat. His grand design for the region would be no more than a chimera, and his money-powered ambition to be a kingmaker on the world scene would evaporate.

In recent months, many U.S. senators have publicly admonished MbS for his repressive human rights record. The growing number of dissidents being executed in Saudi Arabia and Bahrain—where the Saudis have tremendous sway—has tarnished MbS’s reputation and standing. These executions are primarily sectarian in nature, directed against Shia citizens of both countries, and are generally based on illegal arrests, torture, coerced confessions, and sham trials. The Bahraini regime relies on Saudi military support as a tool in repressing their Shia majority.

With the recent announcement that U.S. troops are being sent back to Saudi Arabia, MbS will begin to feel the heat from the kingdom’s Wahhabi-Salafi religious flank. The religious opposition to the presence of “infidel” troops in the “Land of the Two Holy Mosques” in 1991 fueled Osama bin Laden’s terror campaign against the Saudi regime and the United States.

After the U.S.-led international coalition evicted Iraqi leader Saddam Hussein from Kuwait in 1991 and U.S. troops stayed on in Saudi Arabia, religious activists decried the presence of these troops on the basis of a hadith attributed to the Prophet Muhammad. Regardless of the authenticity of this hadith, radical Wahhabis believe that Muhammad said on his deathbed that only one religion shall exist in Arabia. Non-Muslim “infidel” troops, according to this view, should be expelled from the kingdom. In the early 1990s, this became the rallying cry for Bin Laden and al-Qaeda. This radical mantra could re-emerge as a terrible nightmare for MbS around which his opponents would coalesce.

In the aftermath of the UAE withdrawal from Yemen, MbS will be forced to re-examine the grand design he devised for himself and for the region. The design, which has been fueled by his economic largesse and perceived support from the Trump White House, is fading. Will MbS internalize the ensuing failure and act on it before it’s too late?