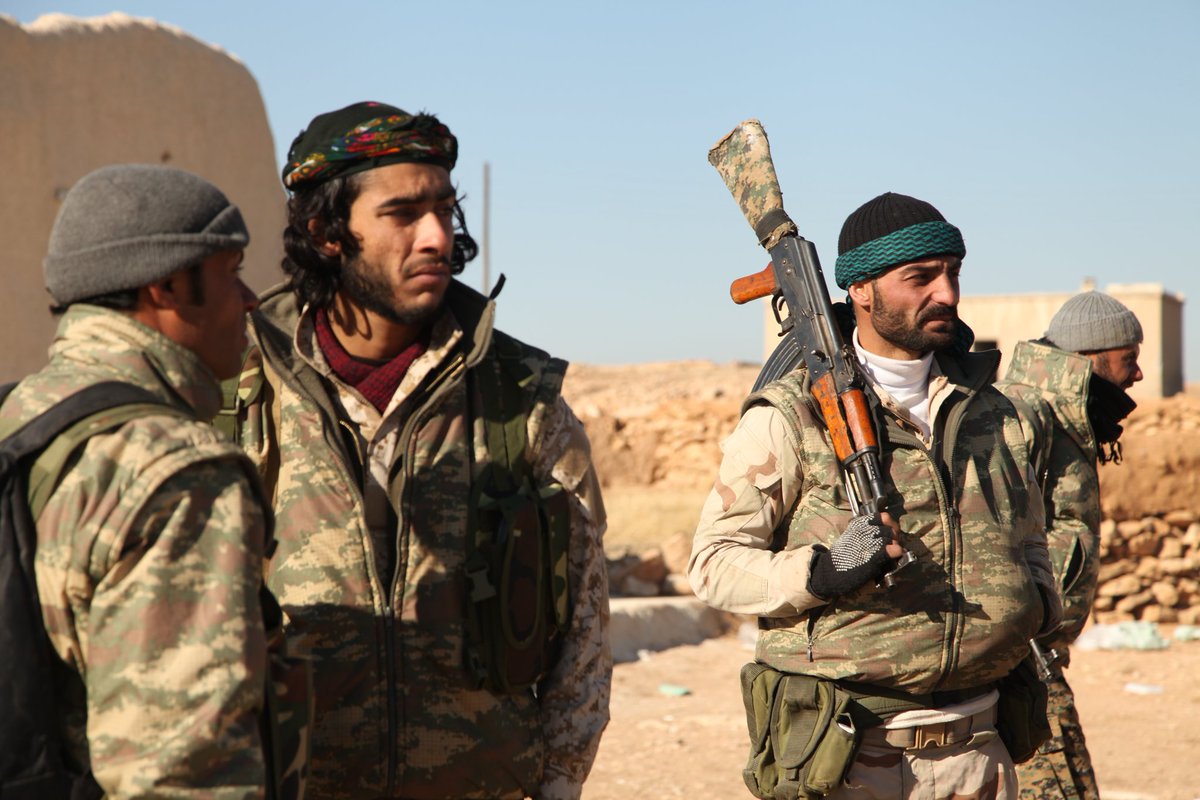 Donald Trump’s decision to order U.S. troops to leave Syria comes as a surprise. A year ago, experts would have counted the days until the Pentagon quit its unnatural alliance with the Syrian branch of the PKK—a communist (or communist-inspired) rebel group that has never hidden its anti-imperialism. In a way, contenders from the left and from the right have their ideological worlds in order again—there are no more U.S. special forces operating under the banner of the red star and posters of Abdullah Öcalan. These days however, the American decision comes as a surprise for two reasons. First, only recently statements from National Security Advisor John Bolton and Secretary of State Mike Pompeo suggested that the U.S. planned to stay in Syria as long as Iran was operating there. The second reason is also related to timing: the decision came so quickly that one has to conclude it was taken in a haste—perhaps due to unexpected developments on the ground.

If so, it is certainly not Turkish plans to attack the Kurds east of the Euphrates River that would make the U.S. tremble and cut loose their ally. Rather, other elements and developments have to be at play.

To begin with, the “Kurdish” project in Rojava was Kurdish in a very narrow sense: basically it was the project of the Syrian branch of the PKK (I use PKK as shorthand for all elements of the so called Union of Communities of Kurdistan or KCK). But it was not a common Kurdish effort, which would have included nationalists such as the Syrian branch of Iraq’a Kurdistan Democratic Party (KDP) or Islamists. Nor did it include democratic (in the western sense) power-sharing with other political actors.

Rather, the Syrian Kurdish political organisation and its setup resembles more the German “Democratic” Republic’s system of tolerated semi-opposition. Syrian “election” results of the 1990s (as analyzed by Hamit Bozarslan) make it clear that the PKK/Öcalanist stronghold was Afrin, but not Qamishli, so their political situation among Kurds was not uncontested. Indeed, as the published protocols of the peace negotiations show, Öcalan’s main concern in 2014 was not the ISIS onslaught but his fear that “al-Parti”—that is, the Syrian KDP—could establish themselves in Rojava. There was no thought given to a common Kurdish front in Syria. The fact that, for political and military reasons, the YPG (the PKK’s Syrian militia) did not dare to entirely kick out the Syrian regime’s forces from Hasakah and parts of Qamishli further relativizes the notion of Kurdish power in Rojava.

Another problem is the YPG’s control over undisputed Arab lands such as Raqqa as well as other other strategic places. Raqqa is of particular strategic and ideological importance. Does the YPG really think the city’s pious Arab Sunni residents would simply accept a socialist reorganisation of their society? To say nothing of the potential that ISIS has time and again shown to regroup and counterattack even after it seems to have been beaten. Furthermore, northern Syrian tribes may cooperate with the Kurds for the time being, but other forces—such as the Iranians—are tirelessly trying to woo them into their camp. Even with the YPG’s recent success in Hajin taken into account, without U.S. support the prospects for the YPG-led Syrian Democratic Forces (SDF) to maintain control over predominantly Arab lands looks dim.

Already the PKK is stretched thin militarily. YPG and YPJ units make up the main force of the SDF along with some revolutionary internationalists from Turkey, Europe, and other countries. However, without U.S. support they will have to draw on experienced fighters from the HPG, the PKK’s main fighting force, who usually operate from bases in Turkey and Iraq. The Turkish army has been battling KCK/PKK holdouts in Northern Iraq relentlessly for several months now. Certainly both the Turkish army and the HPG exaggerate their success, but the Turks seem to have a slight upper hand. This may change, but likely not in significant strategic terms (such as a Turkish retreat from Northern Iraq).

If all these points are valid—if the PKK is overstreched, has to worry about a potential Arab uprising, and is not even uncontested in its Kurdish core area—does this mean the U.S. military might abandon them because it thinks of them as a lost cause? In this case it may be that Ankara used diplomacy rather effectively. Turkish President Recep Tayyip Erdogan’s reputation ameliorated after the Jamal Khashoggi murder simply because attention turned to the Saudi government. This then allowed Erdogan to engage in some kind of do ut des diplomacy: Turkey may not get Fethullah Gülen—who could talk too much about his relations with the US—but it may get to impose its will in Rojava and thereby repair its relationship with the U.S. while winning another victory against the Kurds. Most likely the PKK will find itself pushed out of the strategic equation in Syria. This will certainly make it easier for ISIS to mount a comeback.

For Europe this means refugees from Rojava. And this time an influx of battle hardened PKK fighters who will strengthen the PKK’s European organisations and make them more efficient. It also means increased tensions among the Turkish, Arab, and Kurdish communities and an aggravation of the left-right divide in European societies. Perhaps this time it will become clear to the Europeans that the Kurdish issue is not a secondary problem of their foreign policy but a dominant factor in their domestic security.

Dr. Walter Posch is a Middle East expert at the National Defence Academy in Vienna, Austria. His main focus is on Turkey, Iran, Iraq and the Kurdish issue. Comments reflect his personal viewpoint.