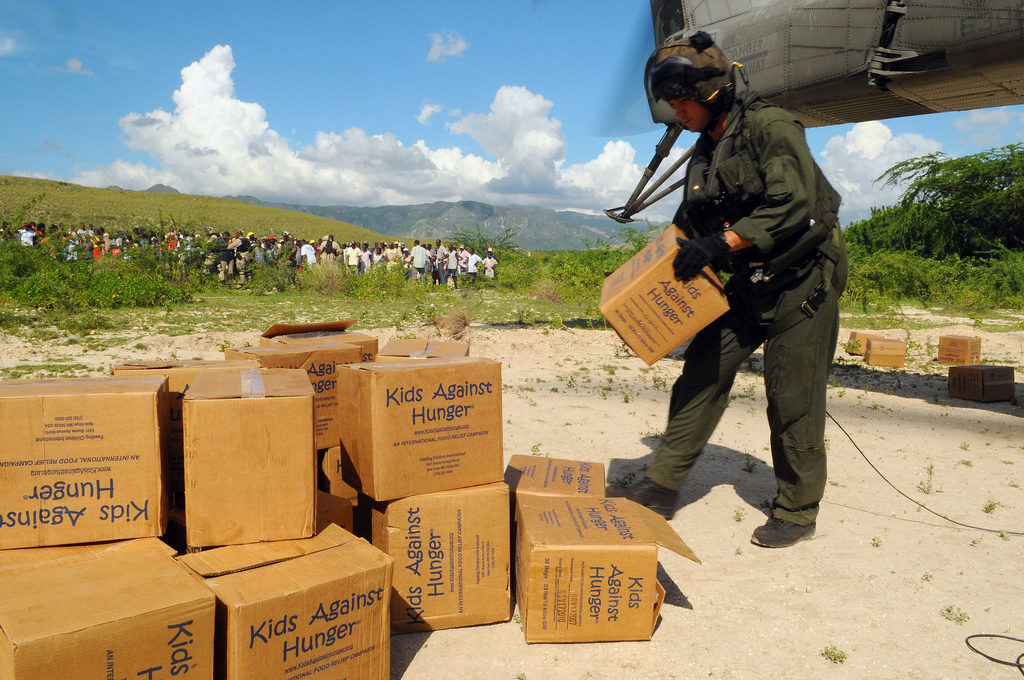 It would be difficult, inside or outside the Beltway, to find someone who doesn’t think that U.S. foreign assistance needs to be reformed.

The people most familiar with the current system generally view aid as a valuable element of U.S. foreign policy and would like to see it better designed and better targeted for greater impact. They subscribe to the fundamental premise that Americans are safer and more secure when basic human needs are met and rights are respected around the world. And they propose constructive ways to achieve those goals more efficiently and effectively.

The people who pay less attention to aid tend to be skeptical of its benefits and think the U.S. government gives far more aid than it actually does. Even in the area of global health, where the risks of underinvestment are obvious and large-scale successes have been well documented, most Americans say foreign aid is unlikely to make much of a difference. So, they favor cuts and don’t particularly care how the reductions are made.

Until recently, the first group was ascendant. Members of Congress worked with the administration and the development community to increase aid effectiveness by improving monitoring and evaluation, expanding participation and buy-in from local partners, enhancing transparency and coordination, and using data and evidence to inform decision-making. In just the last two years, at least five pieces of foreign-aid-related legislation were enacted with broad bipartisan support, all seeking to bolster results-driven initiatives and methods.

But President Trump is playing to the second group. By proposing to eliminate the U.S. Agency for International Development (USAID), reorganize and downgrade the State Department, and institute draconian cuts to diplomacy and development, Trump is in effect rejecting the concept of “soft power,” leaving it to the military to promote and defend U.S. national interests abroad. As budget director Mick Mulvaney explained, “This is a hard-power budget, and that was done intentionally. The president very clearly wants to send a message to our allies and to our potential adversaries that this is a strong-power administration.”

This toxic combination of budget cuts, bureaucratic reorganization, and anti-government fervor could add up to what one expert has called “an extinction-level event” for the U.S. commitment to global development.

How should those who value international cooperation and support responsible reform respond to the administration’s assault? Should we use the opportunity of “creative destruction” to propose less objectionable cuts and a kinder, gentler plan for merging agencies? Or should we take the obstructionist route, resisting all change even if it means saving a flawed system?

To answer these questions, it helps to map out the power dynamics. In the case of the budget, Congress holds considerable power to reallocate funds and to specify minimum spending levels, and has demonstrated the willingness to use it. The omnibus funding bill for the remainder of fiscal year 2017 is, in the words of a senior Hill aide, “a huge middle finger to Trump and his merry band of anarchists and idiots,” increasing international spending and bolstering several accounts slated for elimination. And the administration is prohibited by the Impoundment Control Act of 1974 from refusing to obligate or expend available funds.

Under these circumstances, the development community has little to lose by pressing its programmatic and budgetary priorities. Overall cuts are likely next year, so development advocates can and should help appropriators make the hard choices.

In the case of reorganization, however, the situation is more complex. Here the executive branch has more power: most bureaucratic changes can be made without the need for legislation, either by administrative fiat or by declining to fill positions. Even though various agencies (such as USAID), bureaus (such as the State Department’s Bureau for Democracy, Human Rights and Labor), and positions (such as the special advisor for assistance to orphans and vulnerable children) are established or required under law, Congress lacks the ability to compel the president to submit nominees for these positions or to prevent the secretary of state from reassigning their duties to other units.

Still, Congress is not completely without recourse. It can refuse to repeal reporting requirements and burdensome mandates. It can scuttle nominations. It can appropriate funds for agencies that the administration wants to abolish and reject the transfer of money from one purpose to another. A standard provision in most appropriations bills, including the one for the State Department and USAID, prohibits the expenditure of funds for eliminating programs, closing posts, renaming or reorganizing bureaus, or privatizing functions unless the committee is notified 15 days in advance. As a traditional matter of courtesy, the administration recognizes a “hold” on such notifications by the chairman or ranking member of the relevant appropriations subcommittees. In practice, this means that Senators Lindsey Graham (R-SC) or Patrick Leahy (D-VT) could hold up any reorganization for an indefinite period. Although there have been instances in the past of the secretary of state overriding a senator’s objection, such trampling on long-established rules of the game would carry immense political risk to the administration.

In short—as the battle over the Affordable Care Act has shown—Congress can delay, dismantle, and de-fund, but it is incapable of enacting a viable alternative. Individual members may propose plans that find widespread support from outside experts and interest groups, but moving them through to passage is too much to expect.

In hopes of preventing U.S. development capacity from being irreparably broken, some observers and analysts have offered principles to guide restructuring efforts, lessons for priority-setting, and suggestions for reform. But most of these options for less cataclysmic outcomes, well intentioned as they may be, are doomed to irrelevance. They assume either that the administration listens to reason and wants to improve performance, or that Congress can forge an acceptable compromise.

The Trump administration has little interest in preventing the collapse of U.S. diplomatic and development programs. After all, Trump’s anti-government, anti-globalist agenda is predicated on tearing down “the system.” The web portal for public comment on reorganizing the executive branch asks breezily, “What agency would you like to eliminate?”—as if respondents were deciding who to vote off the island on a TV-reality show. And now President Trump is calling for a government shutdown.

Trump has neither the desire to improve government functioning nor the capacity to develop a realistic alternative to the current system. He lacks sufficient staff with even the most rudimentary knowledge of the foreign policy agencies or an understanding of the legislative process. His poor judgment and incompetence are difficult to overestimate, as revealed by his disastrous roll-out of the travel ban, his failure to obtain funding for the border wall, and his delusional tax plan. Simple bureaucratic infighting and inertia—which the alt-right has blown up into a grand conspiracy theory of the “Deep State”—can stymie even the best-laid reform schemes.

The biggest danger on the horizon is that development advocates, seeking to avoid the appearance of being overly partisan or “anti-reform,” will be lured into offering cosmetic changes to a damaging plan and then be compelled to support it. To stay engaged in and relevant to the process, they will be tempted to propose their own reforms that will, at most, soften some of the merger’s sharpest edges and thus ease its adoption. But reform advocates are deluding themselves if they believe that they can turn the wrecking ball of ignorance, rejectionism, and scapegoating into a scalpel for fine-tuning and repair. Obstructing reform of the foreign aid system is far preferable to being complicit in its destruction.