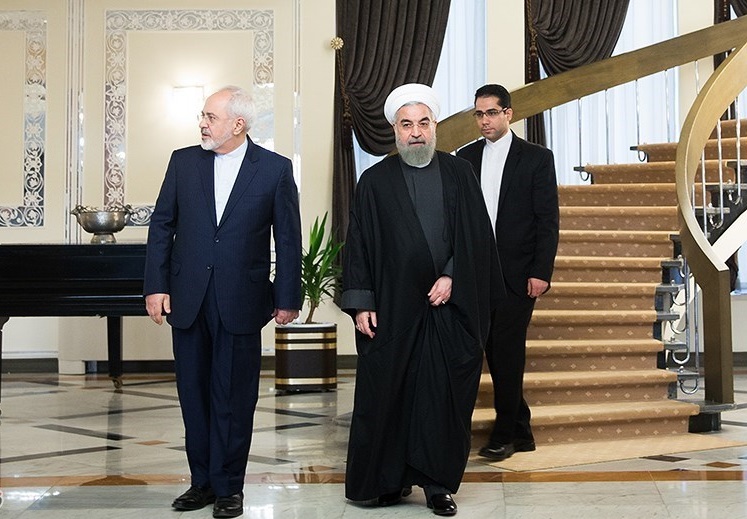 Only three months after the Joint Comprehensive Plan of Action (JCPOA), the success of the nuclear deal with Iran already appears in doubt. The underlying reason is that those in the United States and Iran who opposed the agreement in the first place remain determined to sabotage it.

For example, no sooner had the agreement been reached than there was the incident of American naval personnel drifting into Iran’s territorial waters. Instead of being warned off, they were arrested. Although Iran swiftly returned the sailors, the incident did not help create an atmosphere of confidence in U.S.-Iranian relations.

Then there were Iran’s ballistic missile tests. Clearly, Iran’s missiles were not part of the JCPOA and Iran has a right to have a deterrent force, especially given that its neighbors are way ahead in their military buildup. However, Iran did not have to conduct these tests so soon after the nuclear agreement. They gave a new lease on life to American opponents of any improvement in ties with Iran. Iran’s hardliners, who have become experts in irritating and enflaming American opponents of the JCPOA, seemed to be in league with the hardline counterparts in the United States.

Denial of the Dollar

So far, however, the biggest damage to the JCPOA has resulted from US unwillingness to lift restrictions on Iran’s use of the dollar in its international interactions. This means that Iran has not been able to gain access to close to $100 billion owed to it by various countries such as India. Further, European banks and businesses have become wary of resuming ties with Iran given that the United States in the past has imposed fines of as much as several billion dollars. The United States has argued that JCPOA does not impose on it an obligation to ensure that Iran can rejoin the global economy. The White House spokesman has said that permission for Iran to use the so-called U-turn, which allows the use of the dollar through other non-American banks, is not part of the JCPOA.

But that’s not so. The United Nations imposed banking restrictions on Iran in 2008. Later, the Obama administration unilaterally imposed further and tighter banking sanctions on Iran as part of what then-Secretary of State Hillary Clinton called crippling sanctions. Since a major Iranian goal in concluding the JCPOA was to restore banking connections, it is hard to imagine that such a deal is not part of the agreement. Even if this particular aspect is not technically part of the deal, Iranians are learning that the United States is interpreting language in the JCPOA any way it wants. At the very least, the US is not acting according to the spirit of the deal. Since Iran needs sanction relief to restore its economy, such an interpretation, if sustained, could mean the JCPOA’s death.

If the United States reneges on its promises, its reputation would certainly suffer. Of course, a country as powerful as America can be less concerned with such intangibles as having a reputation for being untrustworthy. But for those Iranian politicians who negotiated the deal, American lack of trustworthiness might spell the end of their careers or even something worse. Already, hardline forces have increased their criticism of President Hassan Rouhani’s government, and there is good chance he will not be re-elected next year. With him would go any hopes for improved US-Iranian relations. Some Iranian hardliners have also called for the government to declare the JCPOA null and void.

Similarly, Foreign Minister Mohammad Javad Zarif, who went far out on a limb to negotiate the JCPOA, is facing pressures. Those who follow Iran only sporadically through the prism of a few specific matters, such as support for terrorism and Hezbullah, may not recall that, even after helping America depose the Taliban in Afghanistan in 2001, President George W. called Iran part of an “axis of evil.” Iranian conservatives attacked President Mohammad Khatami for having conducted a “concessionary” foreign policy, and the upshot was the election of Mahmoud Ahmadinejad as president in 2004. Ahmadinejad then sent Javad Zarif, who was involved in the US-Iranian dealings over Afghanistan, into early retirement from government work. If the JCPOA fails to live up to its promise, the fate of those involved in it could be worse.

Given its actions after the signing of the JCPOA, it’s not entirely clear whether the United States really wants Iran to moderate its policies and work constructively for broader regional peace and stability. If this were America’s goal, it is hard to understand why for almost 30 years it has undercut Iran’s moderates, from Akbar Hashemi Rafsanjani to Khatami and now possibly Rouhani. Washington imposed its first sanctions, beyond those connected to the 1979 hostage crisis and the Iran-Iraq War, in 1996 just after Iran had expressed willingness to reengage American oil companies by offering a deal to Conoco. Later in 2003, when Iran offered to talk with the US about all outstanding differences, it was not even accorded the courtesy of a response.

This record suggests that the United States wants to keep Iranian politics unstable until regime change or possibly even the country’s dismemberment takes place. Meanwhile, having an Iran to kick around has some advantages for America and, indeed, for some European countries such as France and Britain as well. For instance, all of these countries are important arms purveyors to Arab states around the Persian Gulf. If the so-called Iranian threat were to disappear or be significantly diminished, these Arab states’ need for close ties to the West would likewise diminish. Keeping Iran as a threat also provides an excuse to prevent its economic development, a strategy recommended by former senior US officials such as Dennis Ross. This policy would amount to a modern version of the “strangling of Persia.” This is how the American advisor to the Iranian government in 1911, Morgan Shuster, characterized the geopolitical squeeze by Britain and Russia that actively prevented reform and development in Iran, even down to the building of railroads.

Paradoxically, however, the United States continues to ask Iran to help resolve conflicts in Yemen, Syria, and Iraq. But why should Iran do so if America will not uphold its end of the JCPOA bargain, or any bargain for that matter? After Iran helped the United States in Afghanistan, it was virtually excluded from involvement in all Afghan issues directly affecting Iran’s security. Meanwhile, Pakistan, which created and nurtured the Taliban, is calling the shots there. Moreover, the US believes that “help” means that Iran should accept the positions of America and its allies in toto. In other words, by “cooperation” America really means “capitulation.” But Iran cannot be sure that even capitulation will satisfy the United States and its regional allies. Ironically, by weakening Iranian moderates, the US government has been making it more difficult for Iran to make the changes that America desires. Had the US responded positively to both the Rafsanjani and Khatami governments, many of the changes that it wants Iran to make, including on human rights, might have already materialized.

At every turn America’s response to Iran’s cooperative gestures has given more credence to the claims by hardliners there that the US is not willing to compromise with the Islamic government. Delay in full implementation of the JCPOA provides the latest grist to the hardliners’ mill.

The United States has the economic and military power to wait out Iran or to prevail in any confrontation with it. However, such an attitude would not be without cost for America. In the late 1980s, the United States ignored Iran’s overtures only to have to ask for its help when Iraq’s Saddam Hussein invaded Kuwait in 1991. Washington has also asked for Iran’s help, if not openly and directly, in confronting the Islamic State. But if the US continues to repay Iran’s good will with ill will, as it did over the “axis of evil” appellation or by reneging on its JCPOA promises, it should not be surprised if Iran does not respond to calls to help in solving regional problems or in making other concessions.