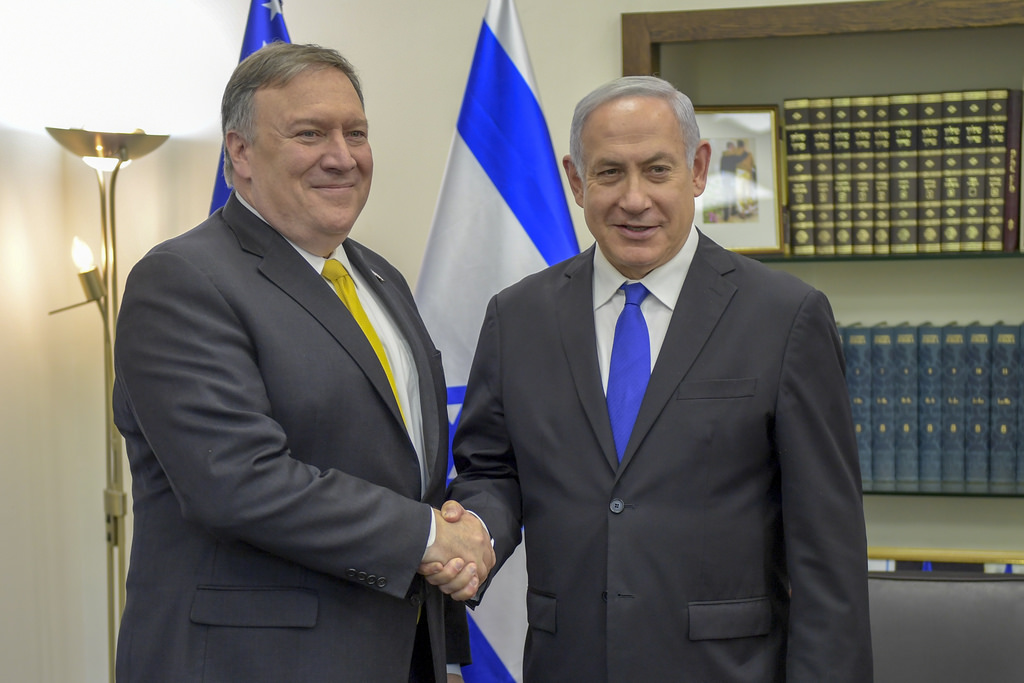 In the latest reversal of long-standing United States policy in the Middle East, Secretary of State Mike Pompeo declared this week that Washington no longer views Israeli settlements in the West Bank as “inconsistent with international law.”

Pompeo framed the decision as a “reversal” of Obama administration policy. He said, “[Former] Secretary [of State John] Kerry changed decades of this careful bipartisan approach by publicly reaffirming the supposed illegality of settlements,” referring to a December 2016 resolution in the United Nations Security Council that termed the settlements illegal, which President Barack Obama permitted to pass by abstaining from the vote.

But in fact, Obama had been more tolerant of Israeli settlement than his predecessors. While he talked more often about their being an obstacle to peace, that abstention was the only time in his eight years in office that Obama had allowed a U.N. resolution critical of Israel to pass. By contrast, George W. Bush permitted six UNSC resolutions to which Israel objected to pass. Ronald Reagan permitted twenty.

Obama even vetoed a UNSC resolution whose text was almost verbatim U.S. policy, causing himself quite a bit of embarrassment in the international arena. On another occasion, Israel announced a new and highly controversial settlement in East Jerusalem while Vice President Joe Biden was in the country. The administration’s reaction was to do a reading of standard talking points and move on.

Distorting Obama’s record affects more than the president’s legacy. It increases the distortion of politics around Israel and its occupation. Obama emphasized actual Israeli security needs, which, in his view, included finding an agreement with the Palestinians, and lowering the temperature between Israel (and Saudi Arabia) and Iran. Trump has focused on crowd-pleasing, grandiose gestures like moving the U.S. embassy to Jerusalem a move that eliminated any possibility of diplomacy with the Palestinians; or leaving the Iran nuclear deal, which aggravated tensions with Iran, thereby making the environment considerably less secure for Israel. Much like the neoconservative strategies of the early part of the century, casting those who pursue diplomacy as a threat to security allows hawks to get away with making the region less secure for everyone.

In many ways, this decision will mean little on the ground. The U.S. has never really treated the settlements as illegal, only occasionally offering more than a mild objection to Israeli settlement plans. While a few of the most controversial projects—such as the construction of a police station and some roads in the E-1 Corridor, which effectively bisects most of the West Bank—have been temporarily halted by U.S. pressure over the years, most projects have moved ahead eventually, with little more than a clucking of tongues from Washington.

Israel has always managed its settlement expansion based on the political concerns of the moment. Washington’s attitude certainly is a major factor, but so are “managing” the Palestinian population under occupation, navigating domestic Israeli politics, and balancing Israel’s relationships with Europe and the key Arab states such as Egypt, Jordan, and, increasingly, Saudi Arabia. But many of the other players, including opposition figures within Israel, often work with the United States in their efforts to slow Israel’s plans.

The new policy Pompeo presented on Monday will change things a bit going forward, but the historic tolerance of the United States for settlements means the change won’t amount to much for now. Still, as the policy debate evolves over the years, the effect could become more pronounced.

Pompeo’s outline of the new U.S. attitude explicitly relies on Israeli decision-making, both in the political and legal spheres. “We recognize, as Israeli courts have, that legal conclusions relating to individual settlements must depend on an assessment of specific facts and circumstances on the ground,” he said. “The Israeli legal system affords an opportunity to challenge settlement activity, and assess humanitarian considerations connected to it.”

The “facts and circumstances” to which Pompeo refers vary, depending on the best way for the state to make its case. The Israeli human rights group, B’Tselem, describes a wide array of tactics—from land confiscation for military purposes, to emergency military laws, to old laws from the days of Ottoman control or Jordanian occupation of the West Bank, among others—that Israel uses to take the land it wants, even if that Palestinian land is privately owned in some cases. But, if the Israeli legal hodgepodge is the guide, then it’s all perfectly legal.

“Israeli courts have declared the legality of some settlements and concluded that others cannot be legally sustained,” Pompeo continued. Here, he is referring to the fact that the state is supposed to authorize all settlement construction. Unauthorized settlements, sometimes referred to as “outposts” are illegal and are supposed to be demolished. In practice, however, this rarely happens. Demolition orders are subject to lengthy court proceedings, during which time the outposts continue to grow and become more entrenched. On a few occasions, Israel has destroyed outposts but in many other cases, they are “retroactively legalized.” That’s the system that Pompeo is basing U.S. policy on.

Because the issue of Israel and Palestine is so fraught in U.S. domestic politics, it will be difficult for a subsequent administration to change the policy Pompeo has put forth. The powerful lobbying group, the American-Israel Public Affairs Committee (AIPAC) has refused to challenge Pompeo and, while keeping their own statement carefully neutral, the group circulated several statements by others in support of the announcement. The so-called Democratic Majority for Israel has made no statement at all as of Tuesday morning. J Street opposed Pompeo, but offered little in the way of action apart from a bill currently in the House of Representatives that stands little chance of becoming law.

The long-term outlook for this policy is that it will become the new normal, and that will mean yet another change in the playing field. It is a step closer to convincing people not only that the Palestinians are the aggressors in this conflict—something which many already believe—but that they are actually the interlopers and colonizers, as many supporters of Israel argue. That sort of distortion of reality and of history cannot possibly lead to anything but deeper and greater conflict.

Pompeo claimed to be reverting to a Reagan-era policy. “After carefully studying all sides of the legal debate, this administration agrees with President Reagan: the establishment of Israeli civilian settlements in the West Bank is not, per se, inconsistent with international law.” It’s true, Reagan did say that, but his actual policy tells a different story than Pompeo implies.

In 1982, most saw Reagan as strongly pro-Israel, in contrast to his predecessor, Jimmy Carter, who had the temerity to “force” Israel into a peace deal that ended the era of interstate wars for Israel. Reagan was offering his view of the Hansell Memorandum, which, in 1978, had concluded, “While Israel may undertake, in the occupied territories, actions necessary to meet its military needs and to provide for orderly government during the occupation… the establishment of the civilian settlements in those territories is inconsistent with international law.” The memo was the opinion of the State Department’s Legal Advisor. As such, it was a more informed opinion than Reagan’s, but it was less than a statement of official U.S. policy. Over the years, it was neither refuted by any legal argument (neither Reagan nor any official under him ever gave a legal argument supporting the president’s position) nor ever followed up by a clear statement of policy.

That left Hansell’s view vulnerable to the whims of politics and, eventually, to being summarily disregarded, as Pompeo has now done. But Pompeo is either ignorant of Reagan’s actual position on settlements or he is eliding it.

The ambiguity expressed there is quite different from Pompeo’s pronouncement that, in essence, Israel would be free to determine the ongoing settlement policy.

Finally, it’s worth noting the silence of the president in all of this. Only the day before, Israeli media reported that Trump was frustrated with Netanyahu and his failure to form a governing coalition. That, no doubt, is why Pompeo is standing in the spotlight on this issue, in contrast to the previous political gifts the Trump administration has given Netanyahu.

It was also reported that Trump was annoyed that the ongoing stalemate in Israel has delayed the unveiling of his “deal of the century,” an event few are eagerly anticipating. This new settlement policy, however, supports the fears of many that this “deal” will propose some truncated area with limited sovereignty for the Palestinians that Trump will say they can call a “state.”

Ultimately, this new American policy affirms that there is no longer any realistic possibility for a two-state solution to the Israel-Palestine conflict. If Israel hasn’t buried it, the United States will. But if settlement growth continues with even less restraint than there is now, the consequences for existing Palestinian towns, villages, and cities will be devastating, as the settlements will choke off travel, commerce, and water and other resources even more than they already do. It won’t lead to a single state, or any other stable future, even an oppressive one. It cannot lead to anything but violence.