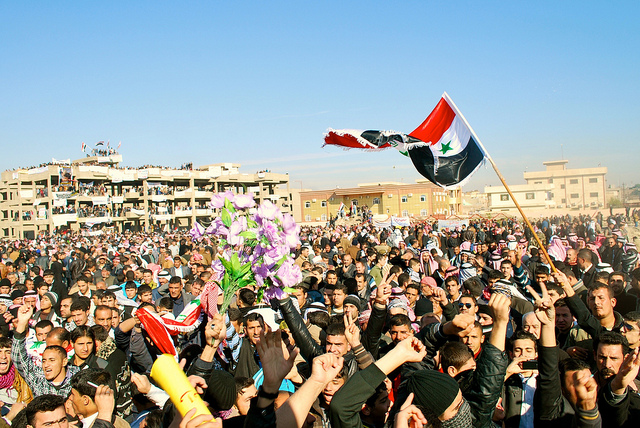 Nouri al-Maliki is no longer Iraq’s prime minister, but his departure does not mean that Iraq’s problems will be resolved easily or soon. A basic change must first occur in Iraq’s domestic politics, the power struggles within its different ethnic and sectarian components, and the behavior of regional and international actors towards Iraq.

A reasonable and general consensus regarding Iraq’s future must also be reached. It is not at all clear that the challenge posed by the Islamic State (formerly known as ISIS) to Iraqi Shias and Kurds, plus the embarrassment its behavior has caused for Iraq’s Sunnis, will be sufficient to force these groups to come together, to limit their maximalist objectives, to agree on sensible power-sharing arrangements, and to begin working toward the development of a civic Iraqi sense of citizenship and nationalism. Nevertheless, both Maliki’s departure and the sobering effect of the Islamic State’s victories offers some hope that all players will come to see the errors of their past behavior.

First, Maliki’s departure should make it easier for those Sunni politicians who had come to view him as unacceptable to behave in a more logical manner, and to assume an active and constructive role in the formation and management of the post-Maliki government. However, while the Sunnis are entitled to serious positions within the new government and not merely ceremonial posts, it is important for them to realize that they cannot claim their old dominant status and, in failing to achieve that position, continue to claim marginalization and persecution. If they continue on this path, even with the best will in the world the new prime minister could not satisfy them.

The Shias, meanwhile, need to realize that, while being the majority, they do not represent all of Iraq. Moreover, they need the experience and expertise of other Iraqis to solve the country’s problems. In particular, they should distinguish between the hardcore Ba’athists and ordinary Sunnis and not punish the latter for the sins of the former.

The Shias should also realize that they are a minority in the Arab world as a whole. Therefore, to succeed in Iraq, they need to stop the infightings and excessive power struggles within their ranks. Otherwise, they will run the risk of once again being relegated to the margins of Iraqi society and politics. A united Shia front, with reasonable political positions and a clear agenda that also provides benefits for non-Shias would go a long way to encourage others to join them in new political arrangements.

The Kurds, especially Masoud Barzani, should realize that, while Erbil has developed and, until recently, had been more stable than other parts of Iraq, the Kurdish entity in Iraq is still divided and does not have the wherewithal of an independent state. Consequently, the Kurds need to adopt a cooperative attitude toward other groups in Iraq. They should not be swayed by the urgings of countries that have no genuine interest in the Kurds’ well-being and future and are, for these countries’ own ends, encouraging them to seek independence. In this regard, too, Maliki’s departure should help, since his relations with the Kurds had become nearly as bad as his dealings with the Sunnis.

Second, Maliki’s departure should make it easier for some of Iraq’s neighbors, notably Saudi Arabia, to change their attitudes towards Iraq and to stop their efforts to reintroduce Sunni domination of Iraqi politics. Saudi Arabia has had a decisive role in arming and funding Sunni militants in Iraq from virtually the moment of Saddam Hussein’s fall. Moreover, the ideology of groups like the Islamic State, although now called Salafi and Jihadi, has its wellspring in Saudi Wahhabism. The edicts of Saudi clerics entice Sunnis to kill Shias by declaring them Kafir (unbelievers.) Given the tight connection between the Saudi royals and Wahhabi clerics, it is difficult to believe that such edicts could be issued without the government’s acquiescence.

As a sign of a more rational approach toward Iraq, instead of shunning it, the Saudis and other Arabs should welcome it into their ranks. This would also help them achieve their goal of limiting Iran’s influence in the country. Meanwhile, they have to realize that Iran has historic, ethnic, linguistic, and religious ties with both the Shias and the Kurds in Iraq, and that efforts to eliminate its influence there, or worse, to encourage an anti-Iran policy on behalf of the Iraqi government, would be counterproductive.

Turkey, too, should realize that weakening Iraq’s central government would not bring Iraqi Kurdistan, Kirkuk, and hence their energy resources under Turkish domination. In general, Turkey should abandon its dreams of a latter-day Ottoman Empire and realize its own ethnic and sectarian vulnerabilities.

Even more important than the attitudes and polices of regional players are the policies of key international players, especially the United States. To begin with, official speculation about Iraq’s disintegration should cease, along with policies such as arming regional forces, like those of the Kurds, which tend to encourage centrifugal tendencies. Second, outsiders should acknowledge Iraq’s ethnic and sectarian realities, and, unlike the early days after Saddam was deposed in 2003, international actors should not play on the country’s sectarian differences.

Outsiders should also delink Iraq’s domestic politics from policies towards Iran. Certainly, there should be no effort again to turn Iraq into a base for containing or, worse, for attacking Iran. Of course, Iran should not meddle in Iraqi affairs, but its legitimate concerns should not be ignored. If the latter approach is adopted, Iran, together with Arab states and Turkey, could become part of a regional arrangement that could contribute to Iraq’s future stability. The Saudi attitude, which finds any Iranian involvement anywhere in the Middle East and South Asia unacceptable and illegitimate, has proven destructive, not just in Iraq but also elsewhere, notably in Afghanistan. Instead, Iran and the Arab states must accept that they all have constituencies in the Middle East and South Asia, and that by dint of geography, religion, and culture, they are bound to interact. It would serve both their interests if this interaction were carried out through mutual accommodation, to begin with, and eventually perhaps even cooperation.

For their part, key international actors should encourage Arab-Iranian reconciliation or at least refrain from exacerbating their differences in the hope that perhaps Arab-Iranian and Sunni-Shia animosity will bring peace on the Israel-Palestine front. If that were going to happen, it would already have happened in the last decade. That conflict has its own dynamics, and no amount of change in other parts of the Middle East will resolve the Arab-Israeli conflict without addressing the core issue of Palestinian grievances.

International actors that care about promoting stability both in Iraq and in the region more generally must finally call Saudi Arabia to account for its multi-dimensional support for Salafi/Wahhabi movements. The activities of these groups, more than any other agents of terrorism, have imposed substantial costs on international actors, especially the United States, in terms of lives and money. There is no reason that Saudi Arabia should be immune from scrutiny and blame for the part played either by its government or by its citizens in encouraging extremist ideas and groups.

In sum, although Maliki’s clear lack of “people skills” and other managerial flaws impeded his relations with domestic, regional, and international forces, Iraq’s problems were not caused by Maliki alone, and will not be automatically resolved with his departure. Iraq’s crisis is rooted in internal, regional, and international causes including outsiders’ manipulation of Iraq’s fault lines. If there is no new and realistic regional and international understanding regarding Iraq’s future, Maliki might prove to have been just a fall-guy, and Iraq will continue to move from one crisis to another. The notion that Iraqis must solve their problems solely by themselves, when just about everybody is interfering in their country, is only a “cop out” by all concerned.