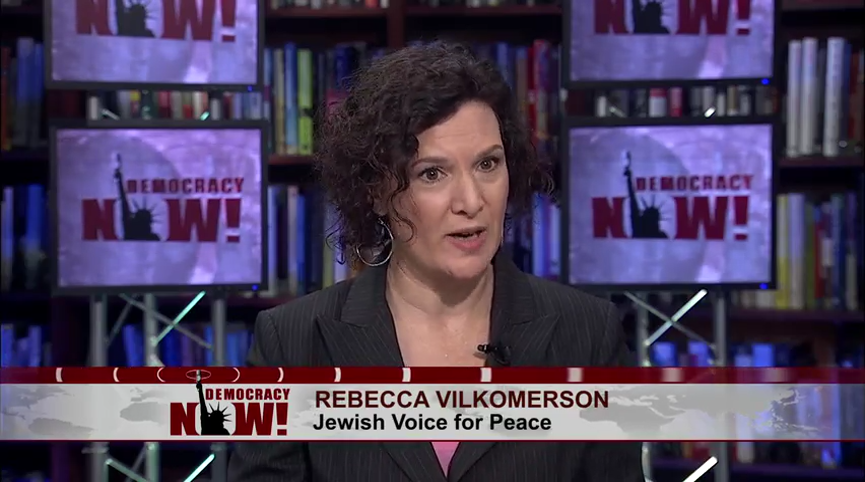 As Donald Trump signed a revised travel ban against nationals of six Muslim countries and many refugees, Israel’s Knesset passed a law that bars giving temporary visas or residency to any non-Israeli citizen who has publicly called for or pledged to participate in a boycott of Israel.

The way the law is worded makes its possible application very broad, including individuals who are affiliated with organizations that support the boycott, and applies not only to those who have called on others to boycott Israel but also those who have pledged to participate in the boycott. The ban also applies to those who call for boycotts of any area “under Israeli control,” language designed specifically to include those who refuse to do business with Israeli settlements in the West Bank but do not boycott Israel or Israeli entities within the ’67 borders. A significant number of prominent American Jewish figures and organizations endorse settlement boycotts.

The law is an amendment to the Prevention of Entry into Israel Law, and draws its definition of what constitutes a boycott from the 2011 Boycott Law.

For years Israel has denied entry to all kinds of foreign nationals, chief among them those with Palestinian or Arab heritage and other human rights activists who work in the West Bank, the latter of which the state deems to be politically problematic. The major difference is that now, instead of people largely being let in — save for exceptions determined by the Interior Ministry — every foreign visitor is guilty until proven innocent.

The law appears to have been devised primarily to combat BDS (boycott, divestment and sanctions) activists by controlling who enters the occupied territories (which no one can do without Israeli border approval).

BDS co-founder Omar Barghouti, the BDS movement’s most prominent spokesperson, is unlikely to be affected by the law. Barghouti, a Qatari-born Palestinian who is married to a Palestinian citizen of Israel and resides in the northern city of Acre, has had permanent residency status (not citizenship) in the country for 23 years, and travels regularly to promote the BDS campaign.

Last year, Israeli authorities refused to renew his travel documents, and have been threatening to revoke his residency status. (Last year I reported on Israel’s first anti-BDS conference, in which Barghouti was mentioned several times as someone who should not be welcomed through Israel’s gates.) But it does not seem as if the new law would be applied to Barghouti, as the law explicitly states that it doesn’t apply to foreign nationals already holding permanent residency status.

While the law appears geared primarily at foreign nationals, as human rights attorney Emily Schaeffer Omer-Man (who also specializes in denial of entry of foreign activists and workers) points out, it in fact directly threatens Palestinians from the West Bank and Gaza who apply for permits to reside in Israel with their families, enter the country for humanitarian reasons, or who have been living in Israel’s 1948 borders for a long time yet have not obtained permanent residency status (those who applied for permanent residency for the purpose of family reunification had the process frozen by Israel in 2003).

It means that Palestinians from the occupied territories who seek to enter Israel on humanitarian grounds — for example for medical treatment or to visit a sick family member — may simply be barred on grounds of their political opinion.

It remains unclear just how the Israeli border authorities will determine whether somebody supports a boycott. But the law’s political message is clear: if you oppose Israel’s occupation and subjugation of the Palestinian people, you shouldn’t be allowed in, even if your opposition is entirely non-violent. This is Israel’s way of treating Palestinians as foreigners in their own home — to stem the most effective form of non-violent resistance to the occupation, for which Palestinians with no citizenship living under occupation have a vested interest in advocating.

This law also could affect many non-Israeli Jews who have spoken out in support of boycott, perhaps among them Peter Beinart, who publicly called for a boycott of Israeli settlements in a 2012 New York Times oped. Under the law he is now subject to being barred entry into Israel, as is Rebecca Vilkomerson, the director of Jewish Voice for Peace, an American organization that advocates for BDS.

My grandparents are buried in Israel, my husband and kids are Israeli citizens, and I lived there for three years, but this bill would bar me from visiting because of my work in support of Palestinian rights. The profiling and denial of entry that Palestinians have long faced when traveling to Israel and the occupied territories is now being extended to apply to anyone who supports boycotts and other acts of conscience to oppose Israel’s policies. Israel is a place where I have family, friends and many wonderful (as well as many terrible) memories from every stage of my life. I’m very proud to support the BDS movement, and hope that the response to this ban will hasten the day that anyone can travel there freely.

The law does not make clear how this would affect Jews who have called for boycott and who seek to become citizens under the Law of Return, which grants anyone with one Jewish grandparent the right to Israeli citizenship. Technically, Jews who immigrate to Israel also receive a special immigrant visa upon entering the country, but it is hard to believe Israel would turn away Jews who want to become citizens. Ironically though, it could mean that a pro-boycott Jew cannot visit Israel as a tourist, but could become a citizen instead.

Mairav Zonszein is an independent writer, translator and editor. Her publications include The Guardian, The New York Times, Salon, The Daily Beast, National Geographic, Al Jazeera America,  and The Forward. Reprinted with permission from +972Magazine.