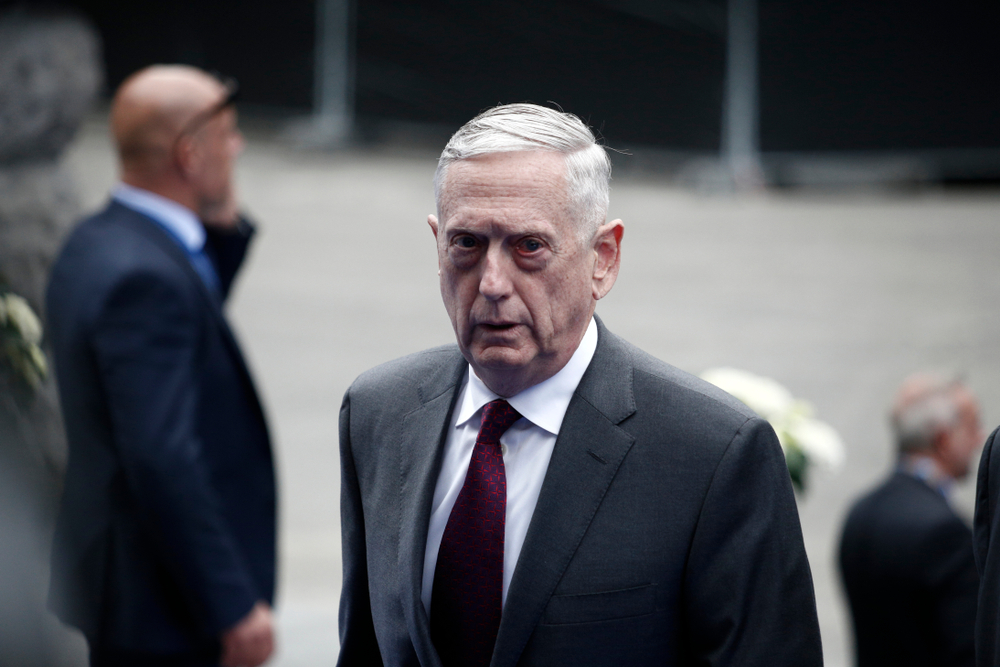 Defense Secretary James Mattis’s recent comment on the war in Yemen is the strongest U.S. statement since the war’s inception in March 2015. “We’ve got to replace combat with compromise,” Mattis said at the United States Institute of Peace, “It’s time to stop this.”

Throughout much of 2015 and 2016, the American press was hyper-focused on the primaries and subsequent presidential election. Meanwhile, both journalists and elected lawmakers in Washington paid inadequate attention to the war in Yemen. Now, three-and-a-half years after the Saudi-led coalition entered Yemen, the American media as well as officials on Capitol Hill have fortunately begun shifting focus toward the conflict.

Although the U.S. military has not directly fought the Houthis, the Americans have provided the Arab coalition support in the form of intelligence sharing, air-to-air refueling, and large arms sales since March 2015. At the start of the Saudi-led campaign, officials in Washington accepted the flawed Saudi narrative that the coalition’s actions were necessary to push back Iranian influence. The U.S. leadership overestimated the Saudi-led coalition, incorrectly assuming that the Saudis would quickly achieve a low-cost decisive victory. Although the Obama administration never stopped supporting the coalition’s campaign, his White House took measures to put a degree of pressure—however inadequate—on the Saudis and Emiratis to change tactics as the international community’s outrage over the Arab Gulf states’ conduct in Yemen gradually increased. Not lost in the equation was the fact that the White House needed to minimize the expected damage to the U.S.-Saudi alliance resulting from the watershed 2015 Iranian nuclear deal. Tragically, the Yemeni people have suffered the most from Washington’s efforts to assuage Saudi concerns about U.S.-Iranian rapprochement.

Since Trump took office in 2017, the United States has been more supportive of the Saudi-led campaign, viewing the conflict as a proxy war that must be won to reverse Iran’s perceived ascendancy in the Arab world. With a new U.S. administration that selectively condemns Iran and Syria on human rights grounds but has refrained from criticizing regimes in the Middle East allied with Washington, Saudi Arabia and the UAE have acted more aggressively in the region, with Yemen being the clearest example.

A growing number of U.S. lawmakers—mainly Democrats, although numerous Republicans too—has called for placing conditions on Washington’s support for the Saudi-led campaign to force Riyadh and Abu Dhabi to commit to changing their tactics in the war. If the United States were to stop assisting Saudi Arabia and the UAE in Yemen, the two Arab Gulf states of course could continue their campaign. Yet without American air-to-air refueling, the Saudis and Emiratis would have to make their operations much shorter, resulting in a decrease in Yemen bombing missions.

If a change in U.S. policy could indeed lead to an improvement in Yemen’s humanitarian crisis—albeit without ending it—Washington faces a serious moral dilemma. Yet the cogent arguments in favor of shifting the U.S. course in Yemen and limiting or freezing Washington’s support for the coalition are not based on morality alone. To be sure, a prolongation of the Yemeni crisis, which has placed millions on the brink of famine and has already resulted in tens of thousands of deaths, threatens U.S. national security. Clearly, the only victors in Yemen are al-Qaeda in the Arabian Peninsula (AQAP) forces, which bear responsibility not only for the deaths of many Yemenis but also for a planned attack on a Detroit-bound flight and which have been strengthened by Saudi and Emirati actions. Foreign policy decisionmakers in Washington who are committed to an “America First” agenda should clearly prioritize efforts to defeat AQAP in Yemen.

Preventing the human suffering in Yemen from worsening and pushing the warring parties toward a resolution of the crisis serve U.S. national interests. Helping to create a unified Yemeni state with a centralized and representative government is necessary for winning the struggle against AQAP and other violent extremists in Yemen. A failed state in Yemen run by militias threatens to turn the Arabian country into another Somalia. Yet, reaching a diplomatic settlement will be no easy task, especially given the absence of any trust between the Houthis and their enemies. Houthi fears of retribution are driving them to continue fighting and refuse to make concessions at roundtable talks. Meanwhile, the Trump administration’s policies have encouraged Riyadh and Abu Dhabi to continue fighting without making necessary concessions to the Houthis.

Yet, regardless of how challenging it would be to bring about a diplomatic resolution, Washington must accept that there is no viable military solution to the war in Yemen. Possessing the leverage to positively affect conditions on the ground in Yemen, the United States would be wise to take steps to slow down, if not altogether reverse, exacerbating one of the world’s worst humanitarian crisis.