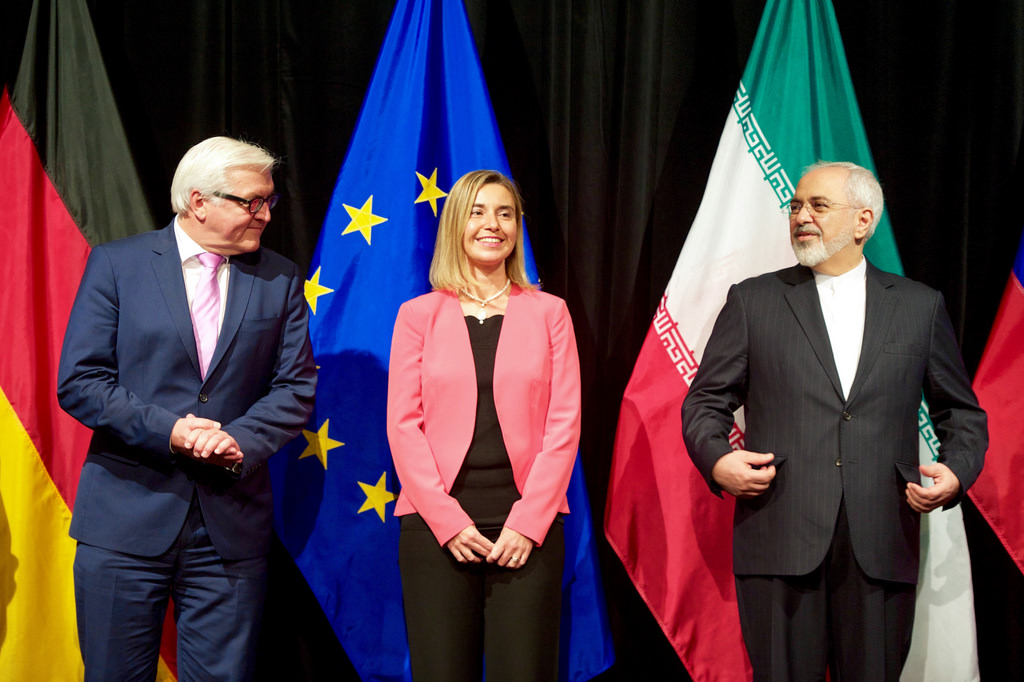 In a newly published book, Tarja Cronberg contrasts EU and US conceptions of multilateralism in the nuclear field. Her work is titled Nuclear Multilateralism and Iran.

A former member of the European Parliament (EP) and chair of the EP delegation for EU relations with Iran, Cronberg writes: “For the US multilateralism is a means to an end, but for Europeans it is an end in itself.” Both the EU and the US are committed, she continues, to upholding international law, well-functioning international institutions, and a rules-based international order. But the EU’s commitment is more heartfelt and goes deeper than the US commitment. After all, the EU itself is a multilateral institution, and, lacking military resources, is more dependent on global rules. The US approach is “utilitarian,” writes Cronberg, quoting Robert Kagan, whereas the EU approach could be characterized as both idealistic and needy (my words, not hers).

These distinctions are the starting-point for an analysis of the EU contribution to resolving the concern aroused by International Atomic Energy Agency (IAEA) reports in 2003 that Iran had “pursued a policy of concealment” for 18 years and had failed to declare the possession and use of nuclear material to develop a uranium enrichment capability. Cronberg finds that the EU contribution was important, even essential to the eventual outcome of that process. The EU showed itself to be a “unified” and effective “actor.”

This finding leads her to offer several recommendations to EU policymakers. Her chief recommendation relates to the role the EU should aspire to play in the event of similar nuclear proliferation cases in the future. She would like the EU role to be “autonomous.” In effect she is advocating that the EU put itself forward as a purer champion of a multilateral rules-based order than the United States, to lead the international search for peaceful solutions.

In support of that recommendation she makes a telling point. On moral and political grounds the five Nuclear Non-Proliferation Treaty (NPT) Nuclear Weapon States (NWS) ought to have disbarred themselves from preaching nuclear non-proliferation years ago. Most NPT parties resent the continuing reluctance of the NWS to act on their NPT pledge to negotiate “in good faith” on nuclear disarmament. Indeed most parties find NWS hypocrisy nauseating. In contrast, although two NWS are members of the EU (only one, in all probability, from April 2019), the EU as a whole is entitled to characterize itself as a non-nuclear weapon entity.

However, Cronberg seems to have overlooked that the EU’s purity does not fully compensate for its inability to threaten force. Fear of a US invasion was an important influence on Iranian decision-making in 2003 when Iran abandoned research into nuclear weapon design, opened up its nuclear program to IAEA scrutiny, and opted for building confidence in its peaceful nuclear intentions. For the foreseeable future the EU, as a defender of the nuclear order, will need a partner, a utilitarian “bad cop”—the United States.

Two further recommendations relate to the NPT. Cronberg would like to see the EU championing a Middle East Nuclear Weapon Free Zone (WMDFZ) and strengthening the NPT by generating consensus for dispelling ambiguities in the treaty’s provisions.

Egypt’s pursuit of a Middle East WMDFZ has plagued the NPT since 1995. It eats up discussion time at preparatory and review conferences and has condemned two review conferences to even greater failure than review conferences deemed to have been successful (fortunately success is a flexible concept). Since Israel, a non-party to the NPT, is fiercely opposed to an innovation that would require it to do what South Africa did in 1991, dismantle its nuclear weapons, the United States feels obliged to thwart Egyptian aspirations year after year.

EU policymakers will want to ponder such an “expense of spirit in a waste of shame” before accepting the gauntlet that Cronberg proffers. They should also ponder the political factors that have caused them to vote against innocuous resolutions on Israel’s nuclear capabilities at one IAEA general conference after another.

The NPT ambiguities that Cronberg has in mind relate to dual-use (civil/military) nuclear technologies, especially uranium enrichment, and the nuclear disarmament language in Article VI of the treaty. I sympathize with Cronberg’s wish to clarify that non-NWS have a right to enrich uranium to fuel safeguarded nuclear reactors (though it is desirable that they be open to persuasion not to exercise that right). I share her view that the treaty contains a NWS pledge to negotiate in good faith to do away with their nuclear weapons. I believe it would be wise for the NWS to look for an alternative to nuclear weapons as a basis for strategic stability. But, as Cronberg herself spells out, the United States has shown itself opposed to acknowledging explicitly that non-NWS have a right to enrich; and the times are too out-of-joint to imagine any progress towards a nuclear-weapon-free world (nuclear ban treaties notwithstanding). So, consensus to clarify those provisions looks likely to prove unattainable.

Among the insights Cronberg offers into EU decision-making between 2003 and 2015 one stood out for me. She mentions two factors that in 2012 led to the EU decision to impose unilateral sanctions on Iran “to cripple the Iranian economy.” One was US pressure. The other was fear that Israel was about to attack Iranian facilities—as it had an Iraqi reactor in 1981 and an imagined Syrian reactor in 2007—in violation of the UN Charter. This implies that, four years after the US intelligence community had assessed Iran as no longer having a nuclear weapons program, the EU brought in a measure that caused hardship, Cronberg writes, to millions of Iranians (mainly in the West-inclined middle class) and three million Afghan refugees, to reduce the likelihood of yet another Israeli delinquency.

Defenders of that unilateral measure would claim that it led to the election of Hassan Rouhani in June 2013 and thereby to the Joint Comprehensive Plan of Action. An alternative view would be that the Iranians had shown themselves open to a negotiated solution years before (2003 and 2005) and needed only the dropping of pre-conditions to bring them back to the negotiating table.

This is a thought-provoking book that draws on “front-line” experience of the issues and historical events that the author addresses. It appears at a time when the commitment of the United States to the multilateral rules-based order that it fathered over 70 years ago seems weaker than ever.