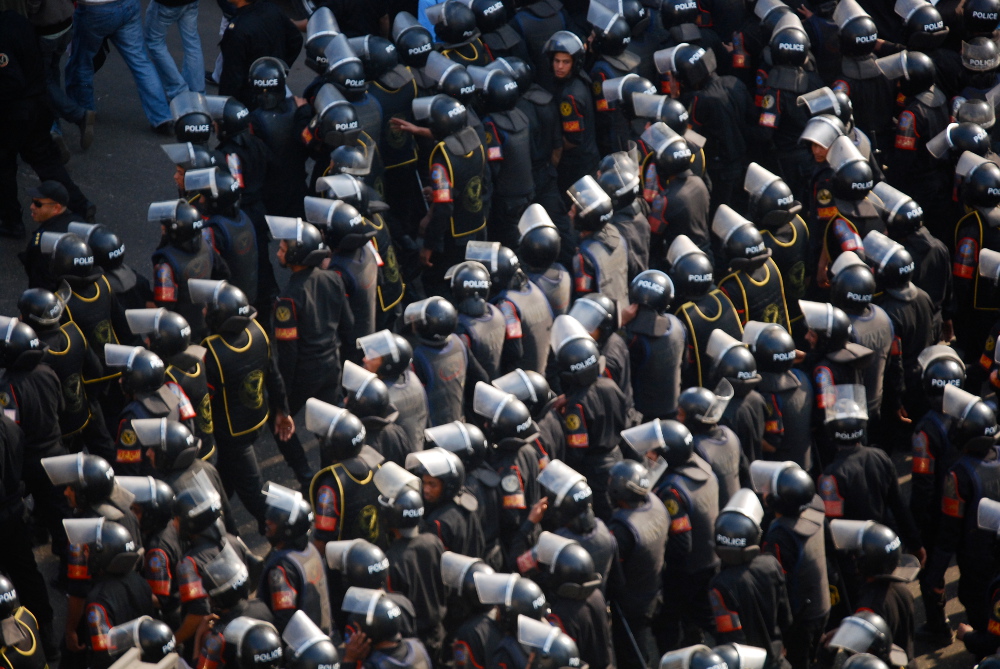 With U.S. attention toward the Middle East being recently focused on such matters as warfare in Syria and Iraq and on the relationship with Saudi Arabia, little attention span is left over for the relationship with the most populous Arab nation. But developments in Egypt have, in multiple respects, significant capacity for creating attention-grabbing problems for Washington in addition to problems to which Egypt already is contributing in significant though less salient ways.

The regime of Abdel Fattah el-Sisi has become increasingly harsh, illiberal and downright brutal—much more so than the last previous Egyptian general-turned-president, Hosni Mubarak. The State Department’s official human rights report on Egypt says that the most significant human rights problems there have been “excessive use of force by security forces, deficiencies in due process, and the suppression of civil liberties. Excessive use of force included unlawful killings and torture. Due process problems included the excessive use of preventative custody and pretrial detention, the use of military courts to try civilians, and trials involving hundreds of defendants in which authorities did not present evidence on an individual basis. Civil liberties problems included societal and government restrictions on freedoms of expression and the press, as well as on the freedoms of assembly and association.” Nongovernmental human rights organizations have used even stronger language to describe the situation in Egypt.

The most worrisome consequence of the regime’s harsh policy has been the boost it gives to extremism, including violent extremism in the form of international terrorism. This is an unsurprising result of denying people peaceful channels for expressing opposition and dissent. It also is a direct product of anger over the harsh practices themselves. And it is not as if the Sisi regime has been any better able than its predecessors to pull off an economic miracle that would keep Egyptians content. Unemployment among young males in particular provides a receptive audience for extremist messages.

Much of the regime’s crackdown has been aimed at the Muslim Brotherhood. Sisi’s regime came to power in a coup that deposed the democratically elected president, Mohamed Morsi, who was a member of the Brotherhood. Under Mubarak, the Muslim Brotherhood constituted a peaceful opposition that was formally banned but informally tolerated. Now that the Sisi regime has instead tried to smash the Brotherhood, some of its members have been led to conclude that peaceful opposition does not work and that violence is the only path with a chance of bringing results. Such members have been among the recruits to terrorist groups.

A substantial escalation of terrorist violence in Egypt has been taking place since Sisi took power. This has included, but is not limited to, an armed uprising in the Sinai by a group that has declared its allegiance to ISIS. Given what would be natural responses to the regime’s policies, this is not a surprise.

The U.S. government considers Egypt a partner in counterterrorism, which was a topic for the Joint Chiefs of Staff, General Joseph Dunford, in a recent visit to Egypt. Certainly the two government share objectives in countering and degrading Islamist groups such as ISIS and its self-declared affiliate in the Sinai. But the net effect of all of the Sisi regime’s policies almost certainly has been an increase rather than a decrease in the number of terrorists in action. The regime probably hopes and expects that it can quell violent Islamist groups through police and military measures the way the Mubarak regime was able to do in the 1990s. But even if it could—and given the current regime’s other policies, this is doubtful—this would be less a matter of eliminating the terrorism than of exporting it, making it at least as much of a problem for the United States. The head of one of those Egyptian groups from the 1990s, Ayman al-Zawahiri, is now the head of Al Qaeda.

Most recently there have been indications of broader, and active even if nonviolent, opposition to the Sisi regime. Earlier this month Cairo saw the largest protest demonstration in Egypt in at least two years. The immediate issue was the handing over of two Red Sea islands as part of a deal with Saudi Arabia, but the discontent being exhibited against the Sisi regime ran much deeper than that. The regime is not on the verge of being toppled, but at least in the short term such open defiance is likely to trigger still more crackdowns by the regime, with more of the resulting anger and radicalization. Over the longer term, one cannot be confident about how in Egypt, the site of the high emotions of Tahrir Square five years ago, events may get ahead of the current general-turned-president as they did with the last one. Even before matters come to that point, the United States faces the problem of being closely associated with a regime that is increasingly on the wrong side of popular sentiment.

The benefits said to flow to the United States from that close association usually center on two things. One is some matters of military access that include privileged passage through the Suez Canal for U.S. Navy ships. That undoubtedly is a benefit of a relationship that is something more than just normal and businesslike, but there is no common currency for evaluating whether that benefit is worth enough to the United States to offset the negative aspects of the relationship.

The other topic usually cited is Egypt’s continued adherence to the peace treaty with Israel signed in 1979. The voluminous U.S. aid relationship with Egypt, which is second in size only to U.S. aid to Israel itself, dates directly from that peace agreement, with the aid being in effect part of the price that the United States paid for Anwar Sadat’s signature on the treaty. It certainly is beneficial that, with all the things the United States is worrying about in the Middle East, it does not have to worry about a new war between Israel and neighboring Arab states. But the main reason that is not a worry is not so much any warm feelings about peace with Israel (such feelings being hard to find in Egypt) but the fact that Egypt’s war-fighting ability, despite all that U.S. military aid, has atrophied from where it was in the 1970s while Israel’s has grown. In other words, everyone realizes that any new Egyptian-Israeli war would be a rout and an easy victory for an Israel whose military superiority over everyone else in the Middle East is as great as it has ever been.

An undesirable aspect of the Egyptian-Israeli relationship since Sisi has been in power has been Egypt’s collusion with Israel in strangling the Gaza Strip. The connection of Hamas with the Muslim Brotherhood is the Egyptian regime’s main motivation in this regard. By playing a part in maintaining Gaza as an open-air prison, the Egyptian regime is contributing further to a major human rights problem as well as to more radicalization, with Hamas being not nearly radical enough in the eyes of some desperate Palestinians in the Strip.

So there are reasons to believe that Egypt, even if not in the headlines much today, may return to the headlines in the not too distant future. We should hope there is some careful policy planning going on in Washington for the day when it does.