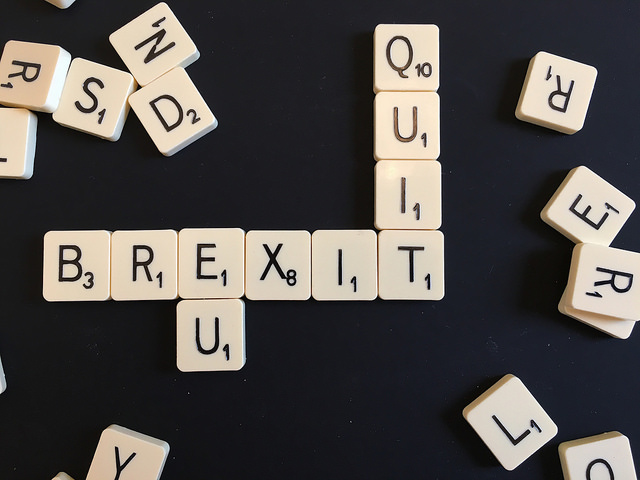 The United Kingdom has voted to leave the European Union in a historic “Brexit” vote. The myriad ramifications of the vote will only be fully understood in the coming years, but it is clear that Brexit is as much about the return of great power politics as it is about affairs in the European sphere. Ian Bremmer has declared Brexit the “the most significant political risk the world has experienced since the Cuban Missile Crisis.” It should be no surprise that the prognosis of the Iran deal, perhaps the most significant diplomatic achievement of this decade, will be impacted by the British decision to leave the EU.

The vote has certainly made a splash in Iran. Hamid Aboutalebi, Rouhani’s deputy chief of staff for political affairs, tweeted that “Brexit is a ‘historic opportunity’ for Iran” that must be taken advantage of. On the other side of Iran’s political aisle, Brigadier General Massoud Jazayeri has praised the Brexit vote, suggesting that it represents a rejection of American policies. Whatever the logic of these statements, political actors in Iran are clearly watching the Brexit fallout with interest.

But Iranians should be wary of seeing Brexit as a benign event. The uncertainty and volatility now gripping Europe may have a significant impact on the implementation of the Iran deal. Just as Iran was working to reenter the community of nations, relying on the central coordination of the European Union, the political and economic capacity for implementation is being diverted and eroded.

Mogherini in turn leads the European External Action Service (EEAS), the diplomatic service of the European Union, which has played the central organizational role in coordinating Iran’s negotiations with the world powers. She was a key figure during the nuclear negotiations and spoke alongside Iranian Foreign Minister Javad Zarif during the announcement that the P5+1 and Iran had reached a historic accord.

Within the EEAS, the Iran file has been held by Helga Schmid, recently promoted to secretary general of the service, in a move to give her more time to focus on the Iran deal. Below Schmid, an expert-level Iran Task Force was established in 2015. The task force, led by Portuguese diplomat Hugo Sobral is composed of seven members and works behind the scenes to iron out a wide range of issues related to implementation. Iran is unique in that it sits above most of the organizational hierarchy of the EEAS. Iran is such a complex issue, and has become so central to EU diplomacy as one of the few success stories of recent years, that the mandate for implementation is handled at the most senior levels.

Whereas EU coordination has been an asset for the Iran deal, it is now a risk. First, the diplomatic fallout of Brexit could monopolize the agenda at EEAS, with the senior leadership diverted from their work on Iran. Second, the greater the seniority of the diplomats, the greater the exposure to Europe’s impending political machinations. David Cameron has announced his resignation, and Francois Hollande and Angela Merkel will likely have to fight to keep their parties in control. The European foreign ministers who are stewarding the Iran deal—Britain’s Hammond, Germany’s Frank-Walter, and France’s Ayrault—are at risk of losing their jobs. Third, Brexit will clearly have an immense and detrimental impact on the political capacity of the EU. Already, surging populist politicians Marie Le Pen in France and Geert Wilders in the Netherlands have called for their own countries to pursue referendums on leaving the union. Whether those votes come to pass, the focus of the political establishment in Europe will turn inward, and the willpower and capacity to lead in the international arena will wane.

There is no other coordinating body for the Iran deal outside the EU-led framework. The EU’s central role, linking the foreign policy interests of the UK, France, and Germany (the E3 states) enabled JCPOA to emerge from a consensus including the United States, China, and Russia. That consensus was crucial to the promise of sanctions relief, which is the most important aspect of the deal from the Iranian perspective. If Iran does not see an economic boon, the Iran deal is at risk of failing.

Troublingly, Brexit will negatively impact the ability of both the UK and Europe to deliver the economic benefits of the Iran deal. The primary barrier to increased trade and investment has been the hesitation of major banks to engage opportunities in Iran. Banks are concerned about the lingering impact of US sanctions. Iranian Foreign Minister Javad Zarif has leaned on Mogherini and EU leadership to compel the US to provide greater comfort to European banks about doing business with Iran. But they have made only limited progress thus far. Additionally, banks are generally more cautious than before the 2009 financial crisis, and Iran is seen as a high-risk market with only limited near-term upsides. Most financiers and investors were hesitant to put capital into Iran prior to Brexit, and they will be even more hesitant now, slowing the inflow of FDI. As early market activity has shown, Brexit is having a significant downward impact on emerging market assets. Already stumbling, emerging markets like Iran will become a less attractive opportunity if the volatility continues.

The secondary barrier is within the UK itself. Optimists might note that one of the key arguments of the Leave campaign was that freedom from the EU would enable the UK to pursue business opportunities in key emerging markets around the world. Although the focus has been on China and India, Iran would certainly fall into that category.

Indeed, the UK has been trying to drum up trade with Iran for the past two years, but has had little to no success. In 2015, Chancellor Exchequer George Osborne was slated to lead a trade delegation to Iran, but this was cancelled largely due to political concerns from the UK’s regional allies. In May of this year, Sajid Javid, the business secretary, was meant to lead a business delegation only for it to be cancelled as the Brexit debate threw Cameron’s cabinet into disarray. The UK does have a formal “trade envoy” to Iran in Lord Norman Lamont, who has been a supporter of renewed Iran-UK ties for many years as the chairman of the British-Iranian Chamber of Commerce. But Lord Lamont has had limited success mustering British business, and the UK lags far behind France, Germany, and Italy in terms of promised FDI. Iranians find some hope in the fact that Lord Lamont supported Brexit and will thus retain or even gain political influence in the aftermath of the referendum. But faltering political will is not the only challenge facing British business with Iran.

At a structural level, the economic priorities of the UK will change. Although the Leave campaign touted an embrace of new global markets, the initial priority will be to shore up the British economy by ensuring continued access to the European Common Market. This will require that the UK negotiate a free-trade agreement with the EU-27. This process will be extremely complex and lengthy, and as the global law firm Baker & McKenzie notes, “there are concerns that the UK lacks the manpower and expertise required for such negotiations.” Michael Dougan, a professor at the University of Liverpool, has cautioned that, in terms of the push to emerging markets, “Logistically it is difficult to imagine that the UK has the internal diplomatic and civil-service capacity to negotiate more than one or two agreements at a time, let alone sixty or seventy.” A logistical challenge will also face the chief executives of major British and European companies, who will now need to focus their attention on post-Brexit planning. They will have fewer resources to devote to developing opportunities in Iran, especially at the required senior levels. Practically speaking, Iran will not be a priority in the post-Brexit economic agenda.

A Change in Mindset

The Brexit vote took place a little less than a year following the historic announcement of the Iran deal on July 14, 2015. What is perhaps most shocking for those of us who followed the Iran deal, and rejoiced in that announcement, is the different mindset affecting the political and economic landscape today.

When the Iran deal was announced, it seemed a triumphant example of cooperation and vision where the national interests of seven different countries, representing the global community, eventually produced a single robust agreement. In many ways, Brexit is a rejection of the type of politics that brought us the Iran Deal.

This may be the final consequence, with the hardest impact to gauge. A single national referendum has shaken the collective faith in the project of formalizing consensus and cooperation in international relations. Iran is coming back into the community of nations. But with the potential demise of the EU, that community will seem less welcoming and less hopeful.