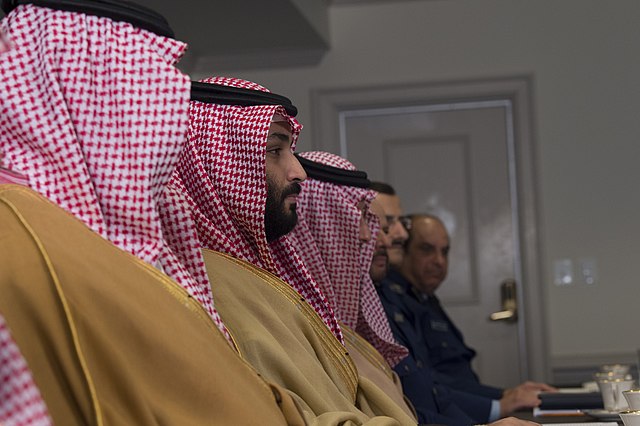 Whether admiring his reforms or damning his abuses, news coverage of Saudi Arabia tends to portray Mohammed bin Salman as the kingdom’s key change agent. He has attracted so much media attention that his name is often shortened to the easy familiarity of his initials, MbS. However, although MbS wields considerable power, he has not singlehandedly altered Saudi society. The social transformation taking place in the kingdom was underway before he became crown prince, but he has tried to take credit for it.

Visiting Saudi Arabia in March, I was surprised to see no evidence of the religious police, known as the mutawa or the hay’a, that once roamed the streets to enforce rules like gender segregation and women covering. I did not have to wear a headscarf. I was never stopped or questioned while conducting interviews, visiting museums and malls in Riyadh and Jeddah, or while traveling to the Eastern Province with a male Saudi colleague. At the King Faisal Center for Research and Islamic Study, the institution that sponsored my visit as a researcher, women and men worked in the same office. Primed by the media coverage, I assumed the relatively relaxed norms around covering and gender segregation were the result of MbS. However, Saudi contacts and foreign experts said the changes had started before MbS became deputy crown prince after his father’s ascension to the throne in 2015.

What is driving the shift?

Approximately 70 percent of Saudi citizens are under age 35. The government cannot employ the current population of job seekers. Thousands more Saudi men expect to work as government sinecures in positions that must be sufficiently lucrative to also cover the needs of unemployed female family members.

Facing this tide of Saudi millennials when he came to power in 2005, King Abdullah implemented a massive initiative to send students outside the kingdom. Through the King Abdullah Scholarship Program (KASP), the government sponsored thousands of Saudi students to pursue university education primarily in the United States, UK, Australia, and Canada. During the program’s peak in the academic year of 2014-2015, 200,000 Saudi students were studying abroad. The program was available to Saudis of all backgrounds, to female students as well as males, although women needed the permission of their male guardian to leave the country.

Facing budget shortfalls, the government made admission to the scholarship more competitive, and KASP is scheduled to end in 2020. Sponsoring education can prevent dissent by delaying job seekers from entering the labor market, although the program was portrayed as preparing the workforce for the positions that would ostensibly await their return. Yet because many of the promised jobs have yet to materialize, the program’s most significant effect was attitudinal: hundreds of thousands of Saudis spent years free from strict gender segregation and other conservative norms, and many experienced reverse culture shock upon their return. When asked about the social changes, a male researcher who had earned a Bachelor’s degree in the United States expressed relief that his country was starting to become “normal.”

Even young people who did not pursue a degree abroad grew up with access to the Internet. Saudis are the most avid users of social media in the Middle East. A young female employee at a government agency explained that Saudi Arabia “is opening itself up. Mohammed bin Salman encouraged this, but he didn’t start it.” In her experience, young people that studied abroad feel grateful to the Saudi state, self-conscious about the kingdom’s hyper-conservative image and eager to improve its international reputation, a concern they share with MbS.

The most visible social changes pertain to women. According to a male employee at Aramco, the Saudi national oil company, three women had just been hired by his previously all-male department. Yet, given high unemployment among men, government-led efforts to employ women can exacerbate existing discomfort with gender mixing, resulting in bitterness at perceived preferential treatment. Although several young women reported that their new male colleagues had been welcoming, resentment may increase with competition.

Resistance to greater public participation of women is not exclusive to male Saudis. A female employee of a government agency explained why some women oppose gender-related reforms: “They don’t mind asking permission, because it means that their husband has to take care of them and be aware of their needs at all times. For some, it’s actually a way to control men.” Although American media coverage focuses on the victims of the system of male guardianship, some Saudi women fear that if the system were lifted, they would lose the financial support of male relatives and have to provide for themselves and their children alone.

For many Saudis educated abroad, the way forward lies in giving women choices. Previously, adherence to conservative social norms was coerced. Now, many young people support a system that would allow a woman to drive, work, and travel if she wishes, but if she does not, she could choose to remain dependent on a male guardian. Outside Saudi Arabia, voluntarily retaining the legal status of a minor might seem far-fetched, but the difference would lie in a woman’s right to choose.

Despite the top-down appearance of recent gender reforms, many decisions were implemented following public pressure. A female member of the National Dialogues first convened by then-Crown Prince Abdullah in 2003 explained that women’s rights have slowly expanded through deliberation and advocacy by women’s groups. “One of the National Dialogues [in 2004] was particularly for women’s issues, after which we had many recommendations from ladies. A few of them were implemented, like issuing a national ID card for women [this occurred in 2001], and allowing women to register in hotels [2008], and to travel inside the GCC without their guardian’s permission [2012].” She pointed out that the decision by King Abdullah to appoint women to the shura (consultative) council in 2013 was the result of years of advocacy. However, although the changes expanded the autonomy of Saudi women, few of these reforms received significant international attention. MbS understands the importance of imagery: a photo of a woman driving conveys the appearance of empowerment more effectively than a woman voting in a municipal election.

For some Saudis, the emphasis on driving and concerts feels misplaced: a female government employee worried that all the media coverage had convinced the rest of the world that Saudis are obsessed with cinema rather than more substantive issues. Both men and women expressed some dissatisfaction with the emphasis on entertainment rather than more meaningful change. Critique was muted, however. One Saudi colleague said that the level of repression is more severe than he ever remembered it being, even at its worst during government fears of a mass uprising in 2011.

MbS has demonstrated that he will tolerate no dissent. The crown prince appears especially averse to acquiescing to public protest. Prominent activist Hatoon al-Fassi, for example, was not imprisoned when she posted a photo on Twitter of obtaining her driver’s license, but was detained after she was quoted as suggesting that public pressure ended the ban on women driving. MbS may fear that if he appears to give in, the flood gates will open, and the government will be unable to address the many demands and protests of a long-repressed citizenry.

By portraying himself as solely responsible for the current changes, MbS has elevated his subjects’ expectations of him, possibly beyond what he will be able to achieve. What will happen in 2030, if many Saudis, male and female, still struggle to find work and support their families in an economy that continues to enrich those at the top while preventing political engagement? MbS has taken full responsibility for transforming the kingdom, and his subjects will see him as bearing full responsibility if he fails.