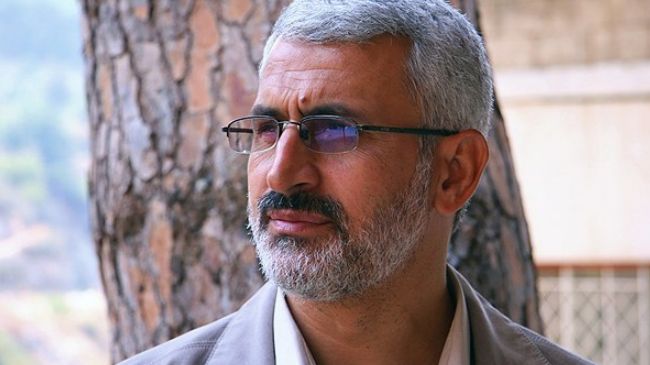 Much about various Iranian and non-Iranian narratives and reporting on the assassination of General Hassan Shateri (aka Khoshnevis) is unclear or contradictory. Let’s just say that reports cannot even agree on the date he died on. So I leave it to others to practice the art of speculation regarding when and where he was killed and by whom, and what his “real” mission was.

But I do want to point out — and I am surprised that it has not been picked up by the English-language reporters – that if Shateri was indeed Khoshnevis, he was not unknown to the Treasury Department. In fact, Meir Javedanfar does not need “to assume” that this person had “close contact” with Hezbollah. Hessam Khoshnevis and the organization he headed in Lebanon — the Iranian Committee for the Reconstruction of Lebanon (ICRL) — features in the Treasury department’s 2010 list of individuals and entities sanctioned precisely because of the connection to Hezbollah.

The 2010 Treasury Fact Sheet reports the sanctioning of “The Iranian Committee for the Reconstruction of Lebanon (ICRL) and its director, Hessam Khoshnevis, for providing financial, material, and technological support to Hizballah…. Treasury also today designated ICRL director, Hessam Khoshnevis for providing technical support to Hizballah’s reconstruction efforts in Lebanon and to the expansion of the terrorist group’s private communications network. Khoshnevis also operates as President Ahmadinejad’s personal representative in Lebanon.”

A picture of Khoshnevis with a Lebanese man reportedly signing a reconstruction deal can be found here. (Fars News has a whole series on Iranian figures meeting with a variety of officials in Lebanon and visiting construction sites.)

So the Treasury will now have one less person on its sanctions list (and I suppose one more to add soon), provided that the Iranian press and devilish Iranian Revolutionary Guard Corps (IRGC) folks are not leading us astray by making us think that Hassan Shateri is Hessam Khoshnevis or…

Reporting on Iran and its activities outside the country has become quite interesting. Since it is hard to do investigative journalism, many of us have developed a habit of sifting through obscure and not-so-obscure websites in an effort to find information regarding what is “really” happening inside the country. What is not said in public but perhaps said in smaller gatherings (and selectively reported only by particular websites) is taken at face value as being the real Iran or real Iran policy, particularly if what is said confirms our own pre-existing suspicions. The words of someone who may not even be in position to know what Iran’s covert operations consist of are taken as confirmation of what Tehran is really doing simply because it confirms what we already assume or even believe.

Just take a look at the sourcing for the possibility of the Mughniyeh-type secret work Shateri aka Khoshnevis was really doing. The source is one sentence uttered by a mid-rank cleric named Alireza Panahian who is among the students of Ayatollah Mesbah Yazdi. By all accounts he is a hard-line preacher and has no official capacity. True, his Wikipedia page says he is an “influential” cleric but doesn’t explain why that is so. He certainly talks a lot and derides anyone accused of “sedition” or “deviation” — in other words, political competitors. According to his own account, he took a trip to Beirut a couple of years ago and did indeed meet Khoshnevis. Let us say he was even a good friend of Khoshnevis (although Panahian is younger and unlike Khoshnevis, there is no evidence that he was anything but a child during the Iran-Iraq War). Does it even make sense to assume that such a clever operator in Lebanon (who even fooled the Treasury department into thinking that his work includes offering technical and material support to Hezbollah’s reconstruction projects) would share his secret activities with a Panahian-type preacher?

Look, there should be no doubt that the IRGC has extensive operational links in Syria and with Hezbollah. The IRGC was present in Syria before the uprising and there is no evidence to suggest that links have been reduced. Nor should there be a surprise that efforts continue in order to transfer arms to Hezbollah via Syria even if the extent of success given the Syrian turmoil is unknown, at least to me. Along the same lines, we should not find ourselves surprised at the thought that Russian advisers have been deployed in Syria with new surface-to-air systems and upgrades for old systems, which Moscow has supplied since the uprising.

We also know for a fact that the only links that have been ruptured in Iran-Syria relations since the uprising are the economic links created by yearly trips taken by tens, and perhaps even hundreds of thousands, of religious pilgrims (many of whom travelled by bus via Turkey so a decrease in Turkey’s Iranian tourists can confirm this reduction). This by implication means that the number of Iranians who facilitated trips to Syria has also been reduced. That’s about it, as far as knowing goes. Meanwhile, there is really no need to assert secret evidence of other openly-acknowledged links and cooperation with either the Assad regime or Hezbollah. Tehran does not hide its alliance with Hezbollah and the Syrian government. It even calls it an axis of resistance and boasts about it.

The questions that remain unanswered regard whether there is evidence that events inside Syria have led to a significant operational transformation in terms of Iranian support for the Syrian regime; whether the survival of Assad’s regime up until now would have been possible without such an increase in support; whether the pursuit of a different strategy on the part of Tehran would have led or will lead to a better outcome than what we have today or hope to have tomorrow; and if so, whether something could have been done or could be done now by other players to convince Tehran to pursue a different approach.

Sometimes focusing on the trees makes you miss the forest.