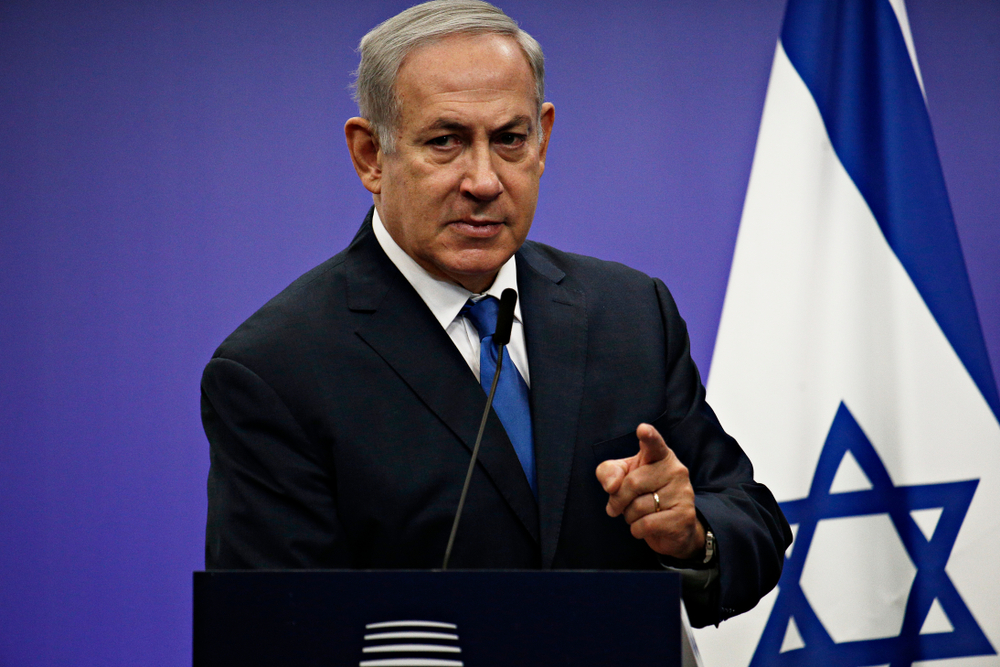 Former Israeli Defense Minister Avigdor Lieberman has succeeded in bringing down Benjamin Netanyahu’s new government before it formed. The elections held in April mean little now, although that Knesset will remain in place until September 17, when Israelis return to the polls. But without a functioning cabinet and with a placeholder parliament, Israeli politics will remain in something of a holding pattern. It’s far too early to say much about how this will all shake out, but here are a few takeaways.

What is Lieberman doing?

No one is quite certain what Lieberman has up his sleeve. His party only won five seats in April and it has been in decline for years. Lieberman himself quit the last Netanyahu government because he said it was not hitting Gaza hard enough. His status as a key leader in Israel was certainly slipping and doubtless he sees undermining Netanyahu as a way to potentially get some prominence back.

The issue Lieberman is pushing is a draft bill that would extend military conscription to ultra-orthodox (Haredi) seminary (yeshiva) students. If Netanyahu gave him what he wanted, the Haredi parties would not have joined the coalition, and Lieberman knows that. Some thought he was just trying to tweak Netanyahu, a man he once worked closely with and now despises. More likely, he is hoping, at the least, to see a new alignment in the Knesset that could strengthen his hand.

One way that could happen is if Likud ousted Netanyahu as its leader. Clearly, this was something Netanyahu feared, because he got the Likud secretariat to pass a resolution Tuesday stating that he, and no one else, would lead the party if snap elections were called. This pre-empted any challenges that might have come from within his own party.

That could have been a game-changer. If Likud runs without Netanyahu, a national unity government with the Blue-White coalition would be possible. Such a government is one that would be right wing enough for Lieberman to join, and broad enough that the religious parties wouldn’t be needed. But Netanyahu is currently motivated to protect himself from prosecution, and the only way he can do that is by remaining in the prime minister’s office, so he thwarted that idea quickly. Blue-White leaders Benny Gantz and Yair Lapid have both said they would refuse to sit in a government with Netanyahu, but are amenable to Likud under a different leader.

One early poll showed Lieberman’s party picking up as many as four seats in a new election. If Lieberman had just wanted to needle Netanyahu, he would likely have agreed to a compromise at the last minute. Now that Netanyahu has ensured his own spot atop Likud, it seems likely that Lieberman’s goal is to re-establish his party as a major player in Israeli politics. Only time will tell if he will succeed.

As time ran down for Netanyahu to assemble his coalition, he made a last-ditch attempt to woo the Labor party into his government. Needing only one seat to secure his majority, Netanyahu knew that Labor was a long shot, but if he could convince them to join, he would have 66 seats without Lieberman. So, he offered Labor the Finance portfolio and several others (some reports said it was the Defense portfolio, not Finance).

Embattled Labor leader Avi Gabbay reportedly considered the offer seriously. The more popular, public faces of Labor—such as MKs Shelly Yachimovitch, Itzik Shmuli, and Amir Peretz—vociferously objected to the idea, and it’s likely they spoke for most of the party. Gabbay backed off as a result, but it was a terrible look. Labor has entered right wing governments in the past, and it’s never ended well for them, but this time, the proposal was for them to save an embattled prime minister who has come to symbolize for most Israelis of the center-left everything that is backward and corrupt about Israel. Gabbay was already facing pressure to leave his position, and that pressure is likely to increase now.

There has been a good deal of speculation that the left-wing Meretz party might rekindle its old partnership with Labor. If the two joined forces, they would have a chance to be one of the larger parties in the Knesset. Now, Gabbay’s departure, which would have probably been necessary anyway for such a merger to happen, is a sine qua non for Meretz. And probably for most Labor voters as well.

Can Blue and White Emerge Victorious?

The Blue and White coalition is more centrist than Likud, but it remains, in any realistic view, a center-right party. It’s not a great alternative to Likud, but it does have the advantage of being not-Netanyahu.

In April, they tied with Likud with 35 seats, and would probably have been given a chance to form a coalition of their own if Netanyahu had not pre-empted that option by dissolving the new Knesset. The thing is, they would have failed. The taboo against non-Zionist (read: Arab or largely Arab) parties joining a governing coalition handicaps any party to the left of Likud. Those parties won ten seats in April.

There was one development that might change the calculus. The center-right Kulahnu party has melted back into Likud. Their voters—who might be disillusioned by party leader Moshe Kahlon’s opportunism in flip-flopping about whether he would join a coalition led by the tainted Netanyahu—could potentially be pulled over to Blue-White. If Blue-White and Yisrael Beiteinu can swing some right-wing voters, there might be a chance they can form a coalition. It would be hard, as centrist coalitions in the past have needed to woo some religious factions, and staunch secularists Lieberman and Yair Lapid of Blue-White do not get along with the religious parties, to put it mildly. But it’s not impossible that team of Blue-White and Yisrael Beiteinu could bring in enough parties to form a government.

What Happens to Kushner’s“Deal of the Century”?

At least for the moment, Jared Kushner seems to be taking these developments in stride, and he may be right in doing so. The meeting to cobble an economic plan to nowhere in Bahrain in June is going ahead as planned, but with Israeli elections in mid-September, no one is going to worry about when the mythical political component to his Israel-Palestine deal might come out. It certainly won’t emerge, if it even exists, until some time after the elections. The new elections will allow Kushner to cancel the Bahrain meet, or take virtually any other course, using “Israeli political concerns” as a pretext. Kushner is meeting with Netanyahu today, so if there is to be a change in plans, we’ll know soon enough.

What Does this Mean for Netanyahu?

This is not good news for Netanyahu, who had seemed to be heading for a narrow coalition that might be willing to pass a law preventing his prosecution while in office. Now that very bill might be part of the price he needs to pay to assemble a governing coalition. He made just such an offer to the Labor party, according to reports. Now, with elections scheduled for September 17, he will have a very narrow window of time to pass legislation to protect himself before his indictment hearing, which is scheduled for October 2 and 3.

More than that, the ongoing political paralysis reflects poorly on him, even for that sector of the Israeli public that is willing to live with his corruption. Netanyahu’s legal problems are a significant issue in coalition talks, and a considerable factor in Israel’s ongoing paralysis and governmental dysfunction. If Likud gains significantly less than the 35 seats they won in April, they will not need to look far for the cause.