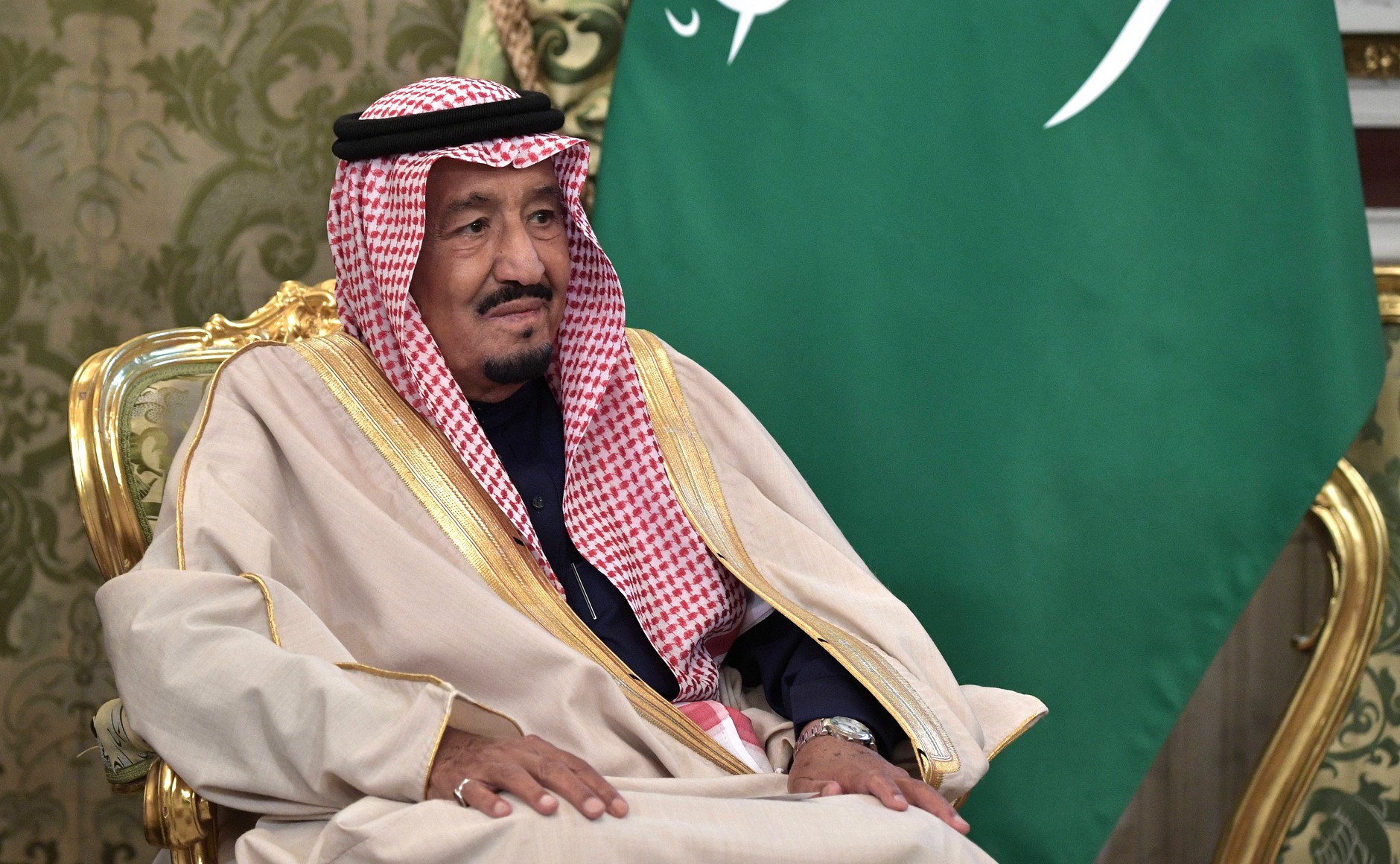 As the Riyadh Comedy Club’s hit show, “How Am I Gonna Explain It Today” keeps ‘em rolling in the aisles, media pundits, analysts, and a wide range of governments are sorting through the dislocations, damage, and even opportunities affecting all manner of Middle East interests, from oil and investment to Iran and Turkey’s historical Ottoman relationship to the region.

For full context, here’s a full laundry list of stupefyingly odd and befuddling actions by the Saudi government, packed into a couple years since 2015. The list is lengthy and involves so many diverse actions that Crown Prince Muhammad bin Salman cannot dodge responsibility for them unless he were to claim to have spent the last months in a sound-proof isolation chamber.

But this run of amazingly counterproductive policies and actions raises two much more profound questions that go to the heart of al-Saud rule, questions that will not easily fade and will inevitably grow in prominence in the days and months ahead:

Under the leadership of Crown Prince Mohammad bin Salman—the true authority under the titular rule of the apparently dementia-affected King Salman—the internal governance of the ruling Saudi clan has gone horribly off the tracks, not unlike the Hollywood version of battered Ottoman military trains blown up and derailed in the epic Lawrence of Arabia.

On this tribal level, the Saudis have never been monolithic, to be sure, and brotherly struggles have been and are more common than Western outsiders appreciate. But those contretemps have always played out behind opaque palace curtains, after which the ruling Saudi clan present a united front to the world and erstwhile opponents, domestic and foreign.

Now, the infighting and Mohammad bin Salman’s authoritarian power plays are grist for international news, punditry, and social media, and Saudi clan politics has become a front-page Hollywood reality show. The gossamer façade of a sober, circumspect Saudi clan, presented to the world for decades, seems to have reverted to warring, desert tribesmen, born of the eastern Nejd desert where for centuries intra- and inter-tribal conflicts were a blood sport.

On the higher plane of nation-state Saudi Arabia, Saudi rule over the bulk of the Arabian Peninsula is and historically always has been fundamentally illegitimate, which is being brought into public discussion by current Saudi beyond-the-pale behavior.

During 1200 years of history, from Prophet Mohammad’s first caliphate through the Umayyad and Abbasid dynasties and the Ottoman Empire, the Arabian Peninsula has been in one way or another under the direct or indirect rule of Mohammad’s own tribe, the Hashemites. That changed after World War I.

The recent al-Saud rule is a residue of the Great Power division of the spoils of World War I and the vanquishing of the Ottoman Empire. The French-British Sykes-Picot Agreement, and the subsequent Mudros and Sevres treaties, were all drawn with the sole goal of power-sharing among Western powers, with little regard for traditional vilayet patterns of tribal and ethnic governance in the former Ottoman regions.

The western Hejaz region of the Arabian Peninsula has always been a distinct area, divided from the vast desert expanses of the Nejd region on the eastern side by a geological escarpment, of which the Hejaz and Asir Mountains are the most prominent part. When the British acquiesced to, or even encouraged, the al-Saud clan’s aggression in the Hejaz, they empowered the unseating of longstanding Hashemite rule. With the Hashemites driven north into Jordan, the British essentially unleashed the combined forces of warlike Nejd tribal politics and ascetic Wahhabism, a harsh brand of religion based more in convoluted desert animism and traditions than anything really Koranic.

Outside the peninsula, many Islamic leaders and scholars decry the Saudi regime’s massive commercialized development projects in the sanctuary cities of Mecca and Medina, which have destroyed heritage buildings, shrines, and locations going back to the Prophet Mohammad himself, all in the name of Wahhabi interpretations of Islam. In 2014, the Islamic Heritage Research Foundation in England charged the Saudis with “cultural vandalism,” estimating that they’d destroyed over 90% of the historical and religious sites in Mecca.

As much as regime change is a dark phrase in a world of sovereign nations, shouldn’t some form of regime change be sought to end the virulent infection that is Saudi petrodollar-funded Wahhabi Islam, correct the Western-imposed errors of history, and place crucial oil reserves back in the hands of less immoderate Muslims such as the Hashemites?

This is not a situation where cooler heads should prevail, but rather a unique opportunity to right the wrongs of history, a small first step toward curing the illogical, 100-year-old European-inspired set of Middle Eastern nation-states. The process might be messy, and the heavy lifting to remove the al-Sauds might prove to be beyond the strength of any coalition of nations.

But U.S. and European policymakers ignore this history at their peril. The belligerent assertion by the Saudi Foreign Ministry that “the Kingdom … affirms that if it is [targeted by] any action, it will respond with greater action” puts into play possible vengeful massive disruptions of the world’s energy markets, if the Saudis choose to use the leverage of their oil resources. Do the United States and Europe wish again to be held hostage by a dysfunctional desert clan, as happened in 1973?

Better to open serious multinational consultations on what might be done—however complex such an action might be—to excise the cancerous potion of desert tribal governance and ascetic, harsh jihadist Islam, and consider international movement toward returning the Hejaz and the Arabian Peninsula to the direct Hashemite descendants of Mohammad.

At the outset, diplomacy paired with some form of Trumpian deal where the Saudis are permitted to have a share of future oil revenue flows to fund the clan might persuade the al-Sauds to retire into some form of exile. But if tougher methods might eventually be necessary, the Potemkin Saudi military—great weaponry, but ineffectual manpower—will not be much of an adversary.

Turkey could play a central role. Under the neo-Ottoman Recep Tayyip Erdogan, Turkey has expanded ties to Kuwait recently, based troops in Iraq, and deployed forces to defend Qatar’s border from Saudi aggression. It was, after all, Ottoman armies under the command of Egyptian governor Muhammad Ali who last expelled the al-Sauds from Mecca and Medina on behalf of Sunni Islam, concluding the last, brief Saud attempt at peninsular hegemony in the early nineteenth century.

In the end, a resolution of the clan’s internal governance matters, with the removal of Mohammad bin Salman as crown prince, might provide a convenient excuse for the West to sidestep the debate over the deeper question of peninsular legitimacy. But now that Mohammad bin Salman’s recent thuggery has unleashed the demons of change, the clan’s rule over the peninsula will remain an open debate for quite awhile.

Richard Sindelar, a retired U.S. diplomat with three tours of duty in the State Department’s Bureau of Intelligence and Research, now serves as assistant professor of international studies at Houston’s University of St. Thomas, where he teaches courses in U.S. foreign policy, the Middle East, and international security, among others. The author wishes to thank his former student, Tyler Ledger, for his research on the historical legitimacy of the al-Saud clan upon which this article is in part based.