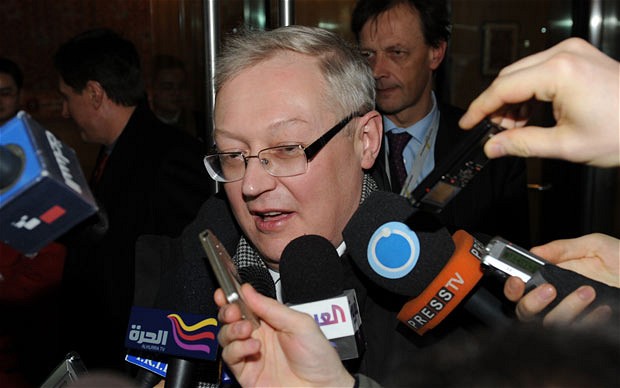 A great debate is currently taking place in the U.S. about whether the nuclear accord between Iran and the P5 + 1 (America, Britain, China, France, Germany, and Russia) is a “good deal” or a “bad deal” for America and thus whether or not Congress should reject it. Although not nearly as vociferous, a similar debate is taking place in Moscow over what the implications of the Iranian nuclear accord are for Russia.

Most of Russian news coverage, of course, is relatively positive about the deal. The end of international sanctions on Iran that the agreement envisages is seen as good for Russian enterprises seeking to export arms, nuclear reactors, and other Russian products to Iran. Russian support for the Iranian nuclear accord is also seen as proof of continued Russian importance to the West despite increasingly tense relations. Further, Russian commentators see the settlement of the Iranian nuclear issue as strengthening Moscow’s argument that the West should see the Russian- and Iranian-backed Assad regime as a partner in the common struggle against the Islamic State (ISIS or IS).

Although this is certainly the main thrust of Russian commentary about the Iranian nuclear accord, some in Russia also saw its very status as a great power at stake in the negotiations. A Washington Post story on August 14 reported about how Russian Deputy Foreign Minister Sergei Ryabkov spoke at a meeting where there was “hawkish criticism that Moscow should have scuttled the deal” due to concerns that the agreement allowed Iranian oil to return to the world market, thus lowering the price of oil and Russian oil export revenue.

In response, Ryabkov stated, “Would there have been a deal if Russia had not participated in these talks? I think there would have been a deal, but the conditions would have been far worse for the Russian Federation.” Moscow, in other words, understood that Tehran wanted to reach an agreement with Washington, and that if Moscow had tried to block it, Iran and the other negotiating parties may have simply ignored Russia and signed an agreement anyway—which would have made Russia look weak and unimportant.

A few weeks previously, Kremlin critic Mikhail Zygar wrote on the Slon.ru website that the Iranian nuclear accord “may be the last time that Russia will be involved as a great power.” He noted further that “We [Russians] owe Iran a debt of gratitude for dragging out the negotiations and acting stubborn, since it extended our membership in the elite global club.” When it comes to dealing with the challenge of IS in future, he suggested that it is Iran, and not Russia, that “is going to become an indispensable partner for the West.”

Leonid Kalashnikov—the deputy chairman of the State Duma International Affairs Committee—took a much darker view of the implications of the Iranian nuclear accord for Russia. The purpose of the agreement for the U.S., he argued, is “isolating and pressurizing Russia.” He explained how for Washington, “The deal with Iran…will be an example of how to convince the European partners [of the need] to exert pressure on Russia under the principle ‘look at what we did with Iran, why can’t we do the same thing with Russia.’”

While Americans who object to the Iranian nuclear accord believe that it’s a bad deal for the U.S., Russians who object to it believe instead that it’s bad for Russia because it’s actually good for America. Although these Russian pessimists may be frustrated that Moscow was unable to prevent the signing of an agreement they see as harmful to Russian interests, they can at least take heart from the possibility that Congress might override President Obama’s veto of its near certain initial rejection of the agreement in September. Russian media will condemn Congress if it does so, but there are many in Moscow who will secretly thank Congress for giving Moscow an opening to increase its influence in Tehran at Washington’s expense, and for keeping alive Russian hopes for remaining a great power in the eyes of the world.