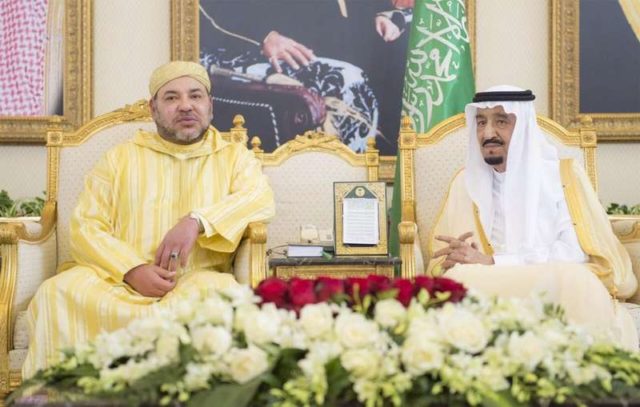 Despite recurring indications that King Mohammed VI of Morocco was due to visit King Salman of Saudi Arabia in Riyadh at the end of April, no such visit has yet materialized—a new sign of rising tensions between the two monarchies. The possible cancellation of this trip takes place amid a deterioration of bilateral relations that began in 2017.

In the aftermath of the 2011 Arab uprisings, King Mohammed VI decided to react to the protests taking place in Morocco by adopting a new constitution and calling for early elections, which led to a government headed since 2012 by the Islamist Justice and Development Party. Saudi Arabia, then under King Abdullah, offered Morocco, via the Gulf Cooperation Council (GCC), a $5 billion support package over five years and even briefly floated the idea of Morocco joining the GCC. As King Salman ascended to the throne in 2015, Morocco-Saudi relations seemed as steadfast as ever. Rabat supported Riyadh’s positions on Syria and Lebanon. It also quickly joined the Saudi-led coalition to fight the Houthis in Yemen, sending six fighter jets to participate in the campaign.

The clouds started to gather, however, after the intra-GCC crisis in June 2017. In spite of its close relationship to Saudi Arabia, Morocco strongly disagreed with the deepening intra-Sunni confrontation. It declared its neutrality in the crisis and offered its good offices for mediating among the parties. King Mohammed VI kept communication open with all sides, subsequently visiting Qatar, the United Arab Emirates, and Saudi Arabia and refusing to join the campaign of isolation against Doha, angering Riyadh. Morocco was largely concerned about the effects of this crisis on its own domestic politics, where political Islam plays a key role. Given the centrality of hostility against the Muslim Brotherhood and Islamism as a driver of the Saudi/UAE confrontation with Qatar, the king was worried that joining the anti-Qatar camp could destabilize Morocco’s internal political situation.

Another watershed moment in Morocco-Saudi relations took place when President Donald Trump announced the recognition of Jerusalem as the capital of Israel. As the chairman of the Organization of Islamic Cooperation’s Al Quds Committee, King Mohammed VI has for years worked towards preserving the status of Jerusalem as the capital of the future Palestinian state. As King Mohammed VI wrote to both Trump and the UN secretary general to protest the U.S. decision, reports emerged that Saudi Crown Prince Mohammad bin Salman (MbS) was at least partially on board with Trump’s policies. In fact, the crown prince was also rumoured to have pressured fellow Arab leaders to accept Trump’s “deal of the century,” despite its expected bias in favor of Israel. Rabat increasingly sought to bypass MbS to deal directly with King Salman, who was against Trump’s policies in Jerusalem.

When MbS toured North Africa in the aftermath of the murder of Saudi journalist Jamal Khashoggi and amid allegations of the crown prince’s direct involvement in the killing, he didn’t stop in Rabat. Given the historically deep relations between the two ruling families, this was an anomaly. While other Arab countries released statements in support of MbS, Rabat remained silent. Only a few months earlier, Saudi Arabia had been accused of lobbying against Morocco’s candidacy to host the 2026 World Cup.

A further important setback took place in February 2019 when Al-Arabiya showed a documentary questioning Morocco’s sovereignty over Western Sahara and portraying the Polisario Front as the legitimate representative of the Sahrawis. This crossed a major red line for Rabat, which quickly recalled the Moroccan ambassadors from the United Arab Emirates and Saudi Arabia. That same month, Morocco formally withdrew from the coalition fighting in Yemen, amid mounting international and domestic criticism of that war. Although its contribution to the coalition had been minimal since it withdrew its fighter jets in 2018, the move was politically relevant.

In March 2019, both Riyadh and Abu Dhabi announced plans to increase investments in port and military facilities in Mauritania, which Rabat viewed as an attempt to bypass Morocco and, worse, to build up facilities in Nouadhibou to compete against Morocco’s own Dakhla and Tangier Med projects. Getting a foothold in Mauritania would greatly enhance the UAE’s maritime strategy to create a continuous route from its coasts to the Red Sea and the Mediterranean, punctuated by port agreements in the Horn of Africa and North Africa. For this reason, allegedly, Morocco’s Foreign Minister Nasser Bourita skipped the UAE in his Gulf tour in April 2019. Shortly after, Abu Dhabi abruptly called back its ambassador from Rabat for consultations.

Further deterioration in relations cannot be ruled out even though it would upset one of the oldest axes in the Middle East and North Africa region. Based on mutual trust and constant communication at the highest level, the relationship between Morocco and Saudi Arabia has ensured coordination and support for five decades. Just as Morocco has stood by Saudi Arabia’s side in the face of threats by Iraq and Iran, Saudi Arabia has proven an important ally in ensuring stability for Morocco at home and in its neighbourhood. As North Africa finds itself again at a delicate juncture, with protests overthrowing the decades-old regime of Abdelaziz Bouteflika in Algeria, Morocco could benefit from Saudi support. At the same time, if Riyadh wants to achieve a real leadership in the region, alienating a key player like Morocco could be highly counter-productive.

Cinzia Bianco is a London-based senior analyst at Gulf State Analytics and a PhD candidate at the Institute of Arab & islamic Studies at the University of Exeter, focusing on politics and security in the Arabian Peninsula. She tweets at @Cinzia_Bianco