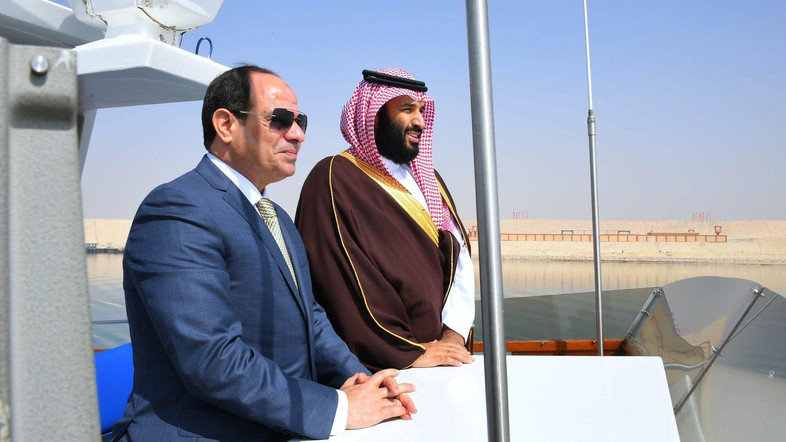 The establishment of security pacts and alliances among countries demands high levels of cooperation from its member to deal effectively with different threats. Saudi Arabia and Egypt, for instance, have called for an “Arab NATO” to “wipe terrorism from the face of the earth.” This proposed alliance already faces various internal and external challenges, for instance over the future of the Assad government in Syria and how to deal with conflicts in Libya and Yemen. This can make the long-term survival of such arrangements quite difficult in environments that are fast changing and under tremendous stress.

Alliances require weaker countries to accept the leadership of stronger countries. Saudi wealth, however, has not been able to buy it security and safeguard its interests. For example, the parliament of Pakistan voted not to join the Yemen War despite Saudi’s pressure. Islamabad declared that it would join the war only if the Houthis directly attacked Riyadh. In another case, Egyptian President Abdel Fattah el-Sisi, who enjoys financial assistance from Riyadh, refused to provide the Saudis with air attacks in the Aden Gulf, only agreeing to deploy ground forces to Yemen. As a result of its limited powers of persuasion, Saudi Arabia’s alliance are generally unofficial and tactical, not strategic.

Saudi Arabia has tried to create multilateral alliances with Arabs, Muslims, and some other nations. The first formation was the Arab Alliance in Yemen in March 2015. Subsequently, the Islamic alliance for the fight against terrorism was created in December 2015. The latest, which came together in June 2017, was an alliance to force Qatar to make a strategic deal with the dominant Saudis in the GCC.

All three alliances under the leadership of Saudi Arabia are getting weaker, and the participating countries don’t expect the bonds to improve. These alliances don’t really function day to day, and not all the members agree in equal measure about the purposes. There is no limitation on the term of these alliances, but their cancellation is always possible. The Yemen Alliance includes Morocco, Senegal, and the US, all of whom are thousands of miles from the battlefield. A number of the members for the 40-member Islamic alliance against terrorism are located very far from the command center in Riyadh.

Preventing Iran from penetration westwards is one of the cardinal aims of the current foreign policy of Saudi Arabia. The Saudis fear Iran’s expansion and regional influence.

Saudi Arabia has also created an unofficial alliance to prevent the penetration of Iran and Qatar into Africa. To this end, Saudi Arabia has reached out to Mauritania and Senegal on the one hand and Libya and Chad on the other. The presidents of Senegal and Mauritania travelled to Riyadh to discuss this issue in April 2015. They committed sending thousands of their troops to join the fight against Yemen under the leadership of Saudi Arabia. Later visits by Muhammad bin Abdulaziz, the president of Mauritania, were dominated by the goals of the Saudis.

Although the countries share a common Islamic identity, not all the 41 members of the Islamic alliance against terrorism are actually Muslim. For example, most citizens in Gabon are Christian. None of the members is a Shia-dominated government, such as Iran, Iraq, or Syria. Also, none of the members of these alliances is willing to accept the dominance of Saudi Arabia. After all, Saudi money is not able to prevent direct threats against their interests. In the end, such alliances are contingent on financial support from and absolute obedience to Riyadh.

Riyadh has tried to change the GCC into a collective security alliance ever since its creation in the 1980s. Riyadh’s allies—Kuwait, Oman, Qatar, and even the UAE—rebuffed these attempts. Saudi Arabia also tried to upgrade the level of military cooperation between GCC members and the US and mold the organization into a Common Defense System like NATO. But relations between the GCC and Washington have not always been rosy. For instance, the United States damaged its credibility among GCC members when Barack Obama told Egyptian leader Hosni Mubarak to step down following the public protests in 2011. Also, when GCC members were trying to reach an agreement with the United States on new missile defense systems, Obama demanded that the GCC maintain a cold peace with Iran.

By going to war in Yemen—ostensibly to combat forces aligned with Iran—Saudi Arabia has shown little interest in such a cold peace. Saudi forces have been engaged in Yemen for such a long time with little success, despite having superior technology and weapons, thanks to the United States. Riyadh is unlikely to confront Tehran directly—as opposed to indirectly in Yemen—without a green light from Washington. So far, the US policy in the region has been based on preventing outright war against Iran.

Balance of Power against Iran

In response, Saudi Arabia has tried to expand its influence into states such as Iraq and Syria, both of which have been aided by Iran. This process has targeted the strategic depth of Iran by supporting opposition groups in Syria and attacking the Houthis in Yemen. Despite Saudi attempts, however, Tehran has established itself in the political future of both Iraq and Syria. Nor, despite interventions by the GCC, have popular movements been eliminated in Bahrain. In Yemen, Saudi Arabia appears to have gotten bogged down in a costly war with few if any gains.

So, Iran remains the main player in the region despite the various alliances against Tehran. Friendship between Saudi Arabia and Israel is something of an embarrassment in the Muslim world, and may be a futile attempt by Riyadh to shore up its waning power regionally. If Crown Prince Mohammed bin Salman decides to continue with his brinksmanship and “friendship” with the Israelis, the result will probably be rejection of the Saudis by many Muslims.

Javad Heiran-Nia is the head of the international desk of Mehr News Agency (MNA), a semi-official, state-funded news agency and one of Iran’s biggest agencies.