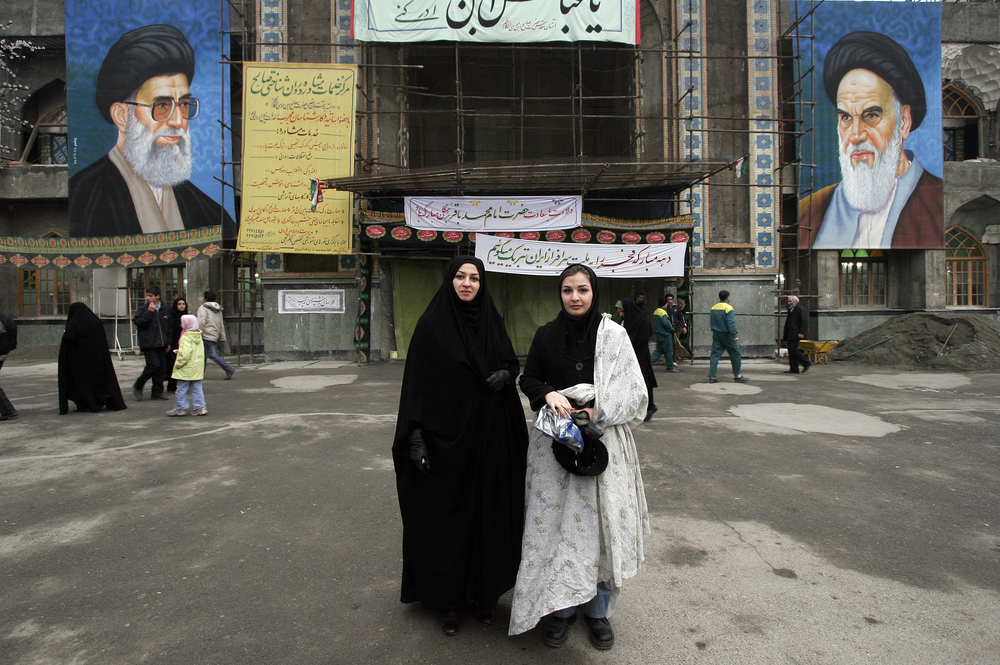 On February 11, 2019, the Islamic Republic of Iran marks the fortieth anniversary of the victory of the Islamic Revolution. In his latest speech at a conference of the Mojahedin-e Khalq (MEK), for which he received huge fees, National Security Advisor John Bolton said:

The outcome of the president’s policy review should be to determine that the Ayatollah Khomeini’s 1979 revolution will not last until its fortieth birthday. I have said for more than ten years since coming to these events that the declared policy of the United States of America should be the overthrow of the mullahs’ regime in Tehran…and that is why before 2019 we here will celebrate in Tehran.

Addressing the same conference on June 29, 2018, President Trump’s personal lawyer Rudy Giuliani also predicted: “Freedom is right around the corner … next year I want to have this convention in Tehran.” More than two dozen former and current U.S. officials, both Republicans and Democrats, have spoken before the MEK conferences, conveying more or less the same message.

The imminent demise of the Islamic Republic of Iran might have been slightly exaggerated. In fact, in response to these threats, the celebrations of the fortieth anniversary of the revolution may be even more elaborate than in previous years. But there is no doubt that the Iranian government is facing a number of daunting domestic and foreign challenges.

After the landmark nuclear deal that froze most of Iran’s nuclear activities and blocked all paths to the acquisition of nuclear weapons, the country witnessed a short-lived spring, with dozens of Western companies and corporations rushing to do business with it. The Iranian government announced that it was in the market for some 400 medium- and long-range planes, as well as 100 shorter-haul aircraft. Iran signed a deal for the purchase of 118 Airbus planes, at a total cost of $25 billion, as well as another $20 billion deal with Boeing.

With a population of 82 million well-educated and Western-leaning people, Iran is very attractive as a market for Western goods. Iran owns the world’s second largest gas and second largest (fourth if shale oil is included) oil reserves, thus making it the biggest source of combined hydrocarbon deposits in the world. Iran also ranks very high in coal, chromium, zinc, copper, iron ore, lead, manganese, and sulfur mines, among others.

Iran’s geostrategic position in the Middle East—between Afghanistan, Pakistan, the Indian subcontinent and Central Asia in the East and Turkey and Europe in the West, and between Russia in the north and the Persian Gulf and the Indian Ocean in the South—has made it very attractive to all foreign powers. It is also a very important link in China’s belt and road initiative.

However, with the Trump administration’s unilateral withdrawal from the nuclear agreement in May 2018, the hopes for better economic prospects, as well as greater rapprochement with the West, came to a crushing halt. Most Western corporations pulled out of Iran, and many agreements signed for the purchase of aircraft were cancelled.

Fearful of U.S. sanctions, many banks also refused to deal with Iran, even in the case of food and medicine that are not technically included in the list of sanctioned items. Even China’s Bank of Kunlun, which had processed most Chinese payment for Iranian oil, announced on December 20 that it would stop processing payments when its current waver runs out in April. As a result, Iran’s economy, which had experienced healthy growth during the previous two years, has been devastated and the Iranian currency crashed.

Speaking at the ceremonies marking the start of the so-called Ten Days of Dawn, the anniversary of Ayatollah Khomeini’s return to Iran on February 1, President Hassan Rouhani admitted that Iran is facing its most severe economic challenge in 40 years, for which he blamed U.S.-imposed sanctions. Although Trump’s pressure and sanctions have failed to force the Iranian government to come back to the negotiating table, they have unfortunately had the effect of undermining the moderate and centrist policies of President Rouhani and his desire to get closer to the West. They have also pushed Iranians closer to the hardline faction, because they have seen that the United States violates its agreements and cannot be trusted as a friend.

On January 31, as a clear rebuff to the Trump administration, the European Union, led by the British, German, and French foreign ministers, announced the creation of INSTEX (Instrument in Support of Trade Exchanges) to enable European banks to do business with Iran. Although this mechanism will help Iran import some much-needed food and medicine, it will not likely put an end to Iran’s economic woes.

Meanwhile, after choosing Saudi Arabia and Israel as the first countries to visit after his inauguration, Trump signed agreements for the sale of $110 billion of weapons to Saudi Arabia. He has also spoken about the need to create a so-called Arab NATO, composed of Sunni states hostile to Iran, and Secretary of State Mike Pompeo is also convening a conference in Poland later this month to mobilize opposition to Iran.

To add to all these problems, Iran has also been suffering the worst drought of the past 40 years, with many lakes and rivers drying up, putting agriculture and even drinking water under a great deal of strain.

The combination of these political, economic, and ecological difficulties has posed unprecedented challenges to the Iranian government. Economic hardships have given rise to massive nationwide demonstrations, which have continued for over a year. The protests erupted on December 28, 2017 in the conservative city of Mashhad, which is regarded as the holiest city in Iran, but soon they spread to more than 80 towns and cities across the country.

Although the protests have been contained, at least for now, and have not brought about the immediate collapse of the clerical regime as many of its detractors had been hoping and agitating for, the widespread nature of the protests nevertheless shows the depth of anger and dissatisfaction among the lower- and working-class people who had been regarded as the staunchest supporters of the clerics.

Although the massive demonstrations following the controversial 2009 election that gave rise to the so-called Green Movement were led mainly by educated middle-class groups and had an identifiable leadership with a clear agenda and political demands, the latest protests have been mainly spontaneous riots by the lower classes, with no clear network or leadership, and this makes them less predictable and more dangerous.

The combination of these foreign and domestic challenges to Iran means that the Iranian political and religious establishment must make some drastic changes in its ideology, system of government, and domestic and foreign policies if it hopes to escape major social upheaval leading to the possible collapse of the system. Refusing to change is not an option if Iran wishes to avoid the fate of other countries—such as Afghanistan, Iraq, Libya, and Syria—that have fallen prey to foreign meddling and invasion.

As far as its foreign policy is concerned, Iran should abide by the nuclear agreement despite U.S. provocations. Resuming enrichment at levels beyond those permitted in the agreement would be exactly the excuse that the Trump administration is looking for. Iran should welcome the hand of friendship and the relief provided by the EU, even if inadequate, and should try to strengthen its relations with the outside world. Europe appreciates the role that Iran played in fighting against the Islamic State in Syria and Iraq. In fact, Iraqi and Kurdish officials have openly stated that, had it not been for Iran’s timely assistance against the Islamic State, the terrorist movement would have pushed to Baghdad and Erbil.

Although Saudi Arabia has repeatedly rebuffed Iran’s attempts at rapprochement, the Iranian government should continue with its policy of trying to get closer to its neighbors and establishing a system of collective security. For better or worse, Iran has to live with those countries long after U.S. forces have withdrawn from the region.

Domestically, Iran should respond to the legitimate demands of the majority of the population that in all recent elections have voted for reformist candidates and called for greater openness and more freedoms. Iran should learn from the experience of the Soviet Union and other revolutions that collapsed because they failed to respond to the demands of their people. Today’s Iran is very different from the one that supported the Islamic revolution 40 years ago.

The most fundamental principle that needs to be changed is Ayatollah Khomeini’s concept of velayat-e faqih or the guardianship of the clerics. This was an innovation with no precedent in Islamic history, and many young Iranians have rejected it in favor of the sovereignty of the people. Iran’s young generation does not need clerical guardians. Most of the problems created by the unrepresentative bodies in the Islamic Republic—such as the Guardian Council, the Expediency Council, the Assembly of Experts, and the unjust judicial system—stem from the position of velayat-e faqih represented at the moment by Ayatollah Ali Khamenei who serves as an obstacle on the path of the more progressive government.

Many societies in the world are religious without being ruled by the clergy. If the Islamic Republic does not understand the severity of the present time and does not change some of its outdated and undemocratic principles, it will lose the remaining support of the people and will create a tempting target for foreign meddling.