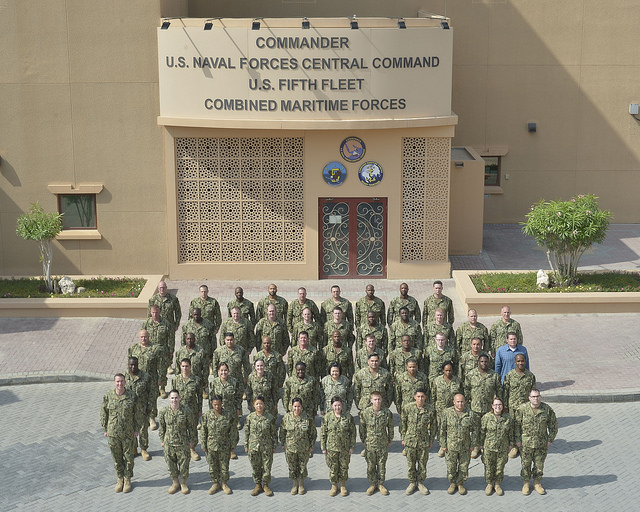 The eruption of Bahrain’s political crisis seven-and-a-half years ago marked a watershed in Manama-Washington relations. It also transformed how both Bahrain’s regime and its Shia-dominated opposition viewed the United States. For decades, Bahrain’s leadership has seen the United States as the archipelago kingdom’s offshore security guarantor and a bastion against political ambitions from regional powers.

During and after the upheaval of 2011, hardline Salafists supported by the Sunni monarchy and prominent figures within the Shia-dominated opposition both portrayed themselves as victims of Washington’s foreign policy. At times, members of the regime have accused key players within Bahrain’s Shia opposition of working with Washington. Meanwhile, a common Bahraini Shia narrative that challenges the regime’s indigenous legitimacy is that the United States entirely manipulates the Al Khalifa rulers for its own imperialist aims in the Arab/Islamic world.

The U.S.-led invasion of Iraq in 2003, which Bahrainis protested publicly and angrily at the time, fueled much Sunni Arab unease—from the street to the highest levels of governments—with U.S. foreign policy. The government viewed Washington’s action as either directly or indirectly emboldening Iran’s regional clout. Saddam Hussein’s fall, which left Bahrain as the only Arab state under Sunni-led minoritarian rule, quickly created a ripple effect throughout Arab Persian Gulf sheikdoms, including Bahrain, where religious, familial, and tribal links with Iraqis have been historically strong.

Key events in post-2003 Iraq, such as the battle of Fallujah in November 2004 and the Islamic State’s meteoric rise to power nearly a decade later, raised sectarian temperatures in Bahrain significantly. When Bahraini Sunnis witnessed the new Shia order in Baghdad and the marginalization of Iraqi Sunnis, many among the island kingdom’s Sunni elite feared that a Shia takeover of Bahrain would similarly seal their fate. Salafist figures started openly associating Shia ascendancy with U.S. imperialism. Deputies from the local Muslim Brotherhood-affiliated society, Islamic Minbar, called the fight by Sunni tribes and militias against U.S. troops in Fallujah a “legitimate resistance,” while Bahraini Shia politicians referred to those combatting US forces as “terrorists.” During the US-led siege of this Sunni-majority city in Iraq, images spread across the Internet of Iraqi Shia national guardsmen holding photos of Grand Ayatollah Ali Sistani and of America tanks with rosaries on them. A month later, Jordan’s King Abdullah II famously identified what he saw as a Shia “crescent” from Iran to Lebanon’s Mediterranean coast, which he warned would be “very destabilizing” for Bahrain and other Arab Persian Gulf states.

Since protests started in the Pearl Roundabout in 2011, a number of Bahraini Salafists among members of the ruling monarchy and military have alleged that the United States has worked with the archipelago kingdom’s Shia opposition to end Sunni rule in the country. Field Marshall Khalifa bin Ahmed al-Khalifa, commander-in-chief of the Bahrain Defence Force, went as far as accusing the Obama administration of funding Bahrain’s then-largest Shia opposition society, al-Wefaq National Islamic Society, which the regime has since dissolved. The government in Manama pointed to the presence of Bahraini human rights organizations and activists in Washington as further evidence that the U.S. government was working with Shia actors in Bahrain to challenge the Al Khalifas’ legitimacy.

Simultaneously, the support of the Obama administration and, even more so, Donald Trump’s White House, for Bahrain’s ruling family has also fueled significant resentment among elements of the Shia opposition. Planned anti-U.S. protests at the Navy’s Fifth Fleet headquarters in the Arabian archipelago and strong condemnation of Washington’s arms sales to Manama reflect a popular narrative that the Bahraini Shias’ struggle against their rulers is, by extension, also against Western powers that ally with the Manama regime, chiefly the United States.

The Trump administration’s increasingly aggressive tactics to counter Iran, which have entailed strengthening Washington’s support for the Bahraini monarchy, place virtually no pressure on Manama’s rulers to enact reforms or address the political and socio-economic grievances of the opposition. The Bahraini leadership’s insistence that Iran and Lebanese Hezbollah are behind the country’s unrest continues to shape its arguments—well-received by the anti-Iranian Trump White House—that Western support for the Al Khalifa rulers in Manama is essential to countering Tehran’s assertive regional conduct. In fact, Manama will likely continue its harsh crackdown against what is left of the opposition. Certain Bahraini Shia oppositionists advocate collaboration with the Islamic Republic. If they gain more of an upper hand within the opposition, the regime’s worst fears about increased Iranian influence risk becoming self-fulfilling prophecies.

In the final analysis, since 2011, the United States has found itself in a difficult position vis-à-vis Bahrain. Washington has had to balance its values promoting democratic and human rights with raw strategic interests in the Arab Persian Gulf state. The Obama administration’s approach of applying limited and selective pressure on the Manama regime has been replaced by the current White House’s strategies of deemphasizing human rights and focusing on a far more transactional relationship. The Trump administration’s warm ties with the Bahraini regime have eased much of the tension that existed during Obama’s presidency. But the regime now feels emboldened to refuse concessions to the Shia opposition, which offers Iran more opportunity to exploit Bahrain’s ongoing political crisis, particularly the anti-American sentiments of Shia oppositionists.

In fact, Washington’s full alignment with the Bahraini regime risks pushing the archipelago state’s Shia communities toward radicalization and militancy in response to the Sunni royal family’s renewed empowerment in the post-Obama era.