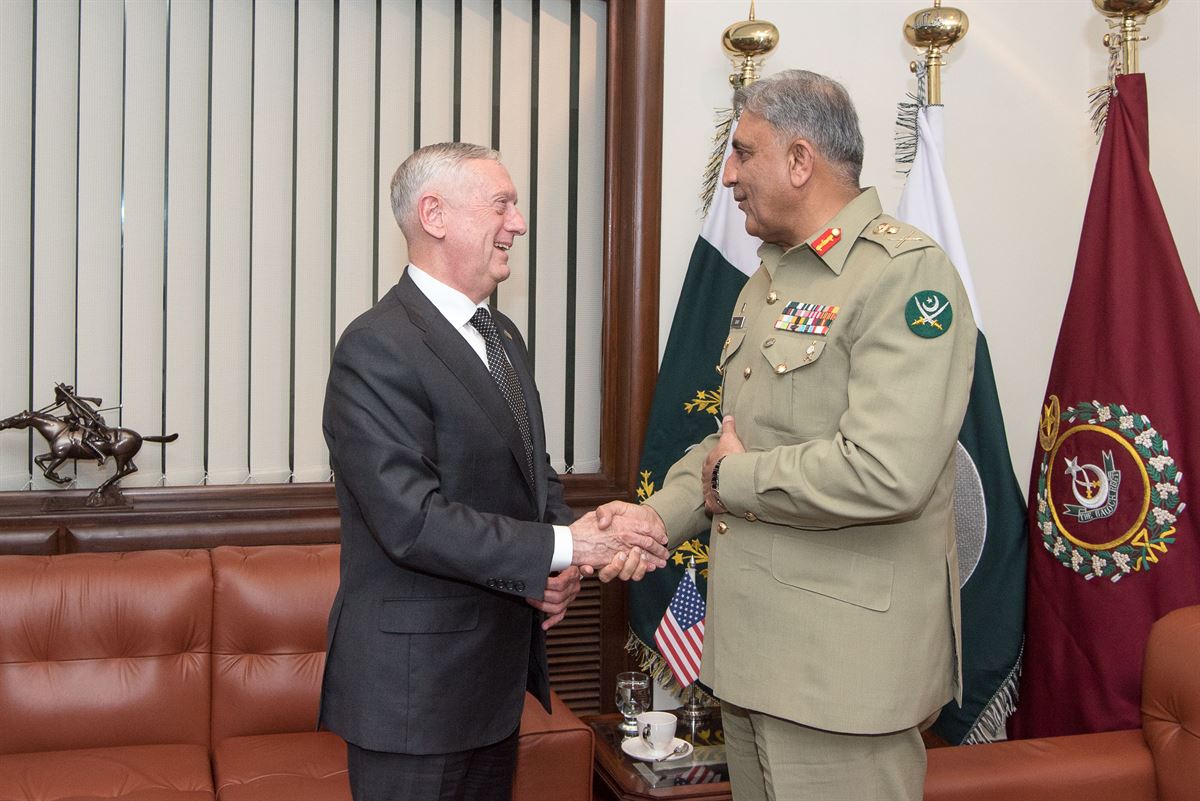 A recent government surrender to militant demands for stricter adherence to Islam mediated by the military coupled with the release from house arrest of a militant leader designated by the United Nations and the United States as a terrorist sets the stage for a confrontation between Pakistan and the Trump administration.

The two incidents also point to the fact that decades of Saudi backing and Pakistani indulgence has embedded Sunni Muslim ultra-conservatism in key branches of the state and among significant segments of society, including ones long considered to be less conservative. They raise the question whether further punitive cutbacks in US aid and other potential retaliatory measures will exacerbate the problem rather than persuade authorities to tackle it.

Finally, the incidents suggest that the fallout of decades of Saudi support globally for ultra-conservatism to the tune of $100 billion is unlikely to be reversed overnight by Saudi Crown Prince Mohammed bin Salman’s recent pledge to return the kingdom to an undefined form of moderate Islam.

US Secretary of Defense James Mattis became last week the latest in a succession of US officials representing a succession of US administrations to unsuccessfully complain on a visit to Islamabad about aspects of the fallout in Pakistan such as the country’s half-hearted crackdown on militants and continued support for radical groups that serve its geopolitical purposes vis a vis Afghanistan and India.

Days before Mattis winged his way to the Pakistani capital, CIA director Michael Pompeo warned that if Pakistan failed to act decisively against groups like the Taliban and the Haqqani network, the United States would. That would likely involve an expanded drone war against militants in the troubled provinces of Balochistan and Khyber Pakhtunkhwa as well as possible sanctions that go beyond existing cutbacks in aid.

Mattis visited Islamabad at a moment that ultra-conservatism’s sway was manifesting itself with the emergence of hard-line political parties that look set to do well in elections expected next year.

Hafiz Muhammad Saeed, who was designated a terrorist by the United Nations and the US Justice Department that put a $10 million bounty on his head, announced that his recently formed party, Milli Muslim League (MML), would contest the election.

Running as an independent in September in a Punjabi by-election, MML candidate Yaqoob Sheikh came in fourth. Sheikh Azhar Hussain Rizvi, a candidate for Tehreek Labbaik Pakistan (TPL), a political front for Tehreek Labbaik Ya Rasool Allah (TLR), which glorifies Mumtaz Qadri, who was executed for killing Punjab governor Salman Taseer because of his opposition to Pakistan’s draconic blasphemy law, came in third. Together, the two garnered 11 percent of the vote.

Saeed, the leader of Jamaat ud-Dawa, widely seen as a front for Lashkar-e-Taibe, one of the largest and most violent groups in South Asia, which he founded, has longstanding ties to Saudi Arabia as well as to Ahl-e-Hadith, an ultra-conservative, Saudi-backed religious group.

Saeed stands accused of having masterminded the 2008 Mumbai attacks during which 164 people were killed. He was last month released from ten months of house arrest by a Pakistani court. Graffiti on the walls in the corridors of the court building demand that blasphemers be beheaded.

The TPL’s electoral success; its recent, weeks-long blockade of a main artery leading into Islamabad to protest a perceived softening of the government’s adherence to Islam in a proposed piece of legislation that forced the justice minister to resign; and the military’s intervention to resolve the crisis, indicate not only the popular appeal of ultra-conservatism but also the state’s use of it as a political tool.

Suggestions that the protesters were supported by the military for ideological reasons as well to undermine the ruling Pakistan Muslim League (N) of disgraced former prime minister Nawaz Sharif were reinforced by a video circulating on social media. The origin of the video was unclear.

The director-general of the Punjab Rangers, Major-General Azhar Navid Hayat, is seen in the video passing out envelopes containing 1,000-rupee ($9.50) notes to protesters.

“This is a gift from us to you,” the general tells a bearded man. “Aren’t we with you too?” Patting another protester on the cheek, Major-General Hayat says: “God willing, we’ll get all of them released,” in a seeming reference to arrested protesters. “This is all we had in one bag. There’s some more (money) in the other,” the officer added.

Pakistani Army Chief Gen Qamar Javed Bajwa recently expressed support for religious seminaries or madrassas, many of which are run by militants, but insisted that they expand their curriculum to ensure that graduates become more productive.

With millions attending seminaries General Bajwa asked: “So what will they become: will they become Maulvis (clerics) or they will become terrorists?” He noted that Pakistan could not build enough mosques to employ the huge number of madrassas students.

General Bajwa went on to say that more religious seminaries than mainstream schools had been established in Balochistan in the past four decades. “Only religious education is being imparted to the students at all these seminaries and thus the students are left behind in the race for development,” the general cautioned.

“A majority of Baloch schoolchildren go to madrassas. They are in better condition than other schools in Balochistan. Most madrassas are operated by Deobandis and Ahl-i-Hadith,” said the co-founder of a virulently anti-Shiite group that is believed to enjoy Saudi and Pakistani support.

Saudi-backed Maulana Ali Muhammad Abu Turab, a militant Pakistani Islamic scholar of Afghan origin, who was earlier this year named a named a specially designated terrorist by the US Treasury while he was on a fund-raising tour of the Gulf, illustrates the degree to which ultra-conservatism permeates Pakistan and is linked to the state.

Abu Turab is a leader of Ahl-e-Hadith that operates a string of religious seminaries in Balochistan along the Pakistan-Afghan border, a region heavily controlled by the military. He is also a board member of Pakistan’s Saudi-backed Paigham TV and heads the Saudi-funded Movement for the Protection of the Two Holy Cities (Tehrike Tahafaz Haramain Sharifain), whose secretary general Maulana Fazlur Rehman Khalil too has been designated by the Treasury. Abu Turab serves on Pakistan’s Council of Islamic Ideology, a government-appointed advisory body of scholars and laymen established to assist in bringing laws in line with the Qur’an and the example of the Prophet Mohammed.

Against this backdrop, a probable US-Pakistani collision at best would lead to temporarily reduced Pakistani support for geopolitically convenient militants. Tackling Pakistan’s far more fundamental problem, resulting from a build-up of ultra-conservatism over decades, would require long-term engagement rather than confrontation – a policy prescription that likely runs counter to the Trump administration’s worldview.

James M. Dorsey is a senior fellow at the S. Rajaratnam School of International Studies, co-director of the University of Würzburg’s Institute for Fan Culture, and co-host of the New Books in Middle Eastern Studies podcast. James is the author of The Turbulent World of Middle East Soccer blog, a book with the same title as well as Comparative Political Transitions between Southeast Asia and the Middle East and North Africa, co-authored with Dr. Teresita Cruz-Del Rosario and  Shifting Sands, Essays on Sports and Politics in the Middle East and North Africa. Reprinted, with permission, from The Turbulent World of Middle East Soccer blog. Photo: Defense Secretary James N. Mattis meets with Pakistani Chief of Army Staff Gen. Qamar Bajwa during a visit to Islamabad, Dec. 4, 2017 (DoD by Army Sgt. Amber I. Smith).